It’s Holy Week for Christians, the week we remember the last days, Passion, Death, and (ultimately) the Resurrection of Jesus of Nazareth. The vast majority of all Christian knowledge about the death and resurrection of Jesus comes from the four canonical gospel accounts, each of which records in some detail the events leading up to Jesus’ crucifixion and death. And since that historic Friday almost 2,000 years ago, a great deal has been written (and drawn, painted, scripted, and produced) about the passion of the Christ. And despite what some scholars and news outlets claim this time of year, most scholars conclude that its safe to say that we know a good deal about the events surrounding the death (and resurrection) of Jesus.

But something that many people don’t think about, even (or perhaps I should say, especially) many Christians, are how the earliest followers of Jesus lived out their last moments on earth. Unlike Jesus, we have very few early historically credible accounts of the death of the earliest leaders of the Jesus Movement. What we do have are various church traditions and accounts of the martyrdoms and deaths of the Apostles and Evangelists. Below are short renditions of some of the more widely attested accounts of the testimonies of the deaths of the apostles. (Please note that these are traditions, often pieced together with spotty and somewhat historically questionable sources.) 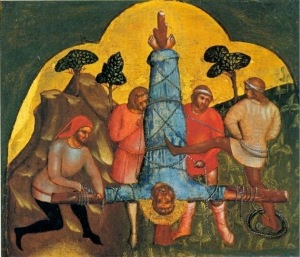 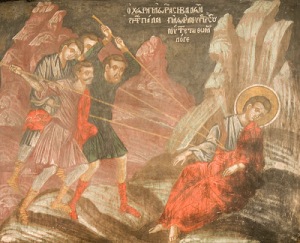 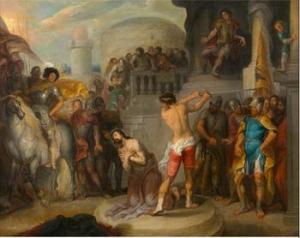 Why do I share these traditions this Holy Week? At least in part because these narratives offer a historical glimpse into how convinced early followers of Jesus were of the truth of the Christian faith. The earliest followers of Jesus did not expect to live the easy, persecution free lives that many of us assume to be normal. May the faith and example of these Christians spur us to stand for the truth of Christ’s life, death, and resurrection, even in the face of death.

3 thoughts on “Deaths of the Apostles”