A few weeks back, there was some social media traction with sharing one’s four most influential theologians. Being ever behind on my writing and blogging, I jotted the idea down, but am only getting to this now. Now, obviously, there are a number of theologians who have influenced me, to say nothing of the countless pastors, teachers, and little-t theologians who’ve shaped who I am, how I think, and how I live through their examples and teaching. (Also, and this should probably go without saying, but I’m going to say it anyways, this list does not include biblical authors, lest we all answer with some combination of Matthew, Mark, Luke, John, Peter, Paul, and James.) So this cannot be any sort of a complete list.

But I do think this can be a useful exercise, a helpful moment of practicing reflection and contemplation on who has influenced our thought through the crafting one’s own proverbial Mount Rushmore of influences. So, without further delay, here are my four most influential theologians:

C.S. Lewis. Lewis continues to inform and challenge me. I make it a point to reread Mere Christianity every year and to own everything Lewis ever published. His influence began through The Chronicles of Narnia, but has only grown throughout the years. Other than Mere Christianity, top reads include The Great Divorce, The Four Loves, The Cosmic Trilogy (especially Perelandra), and An Experiment in Criticism. 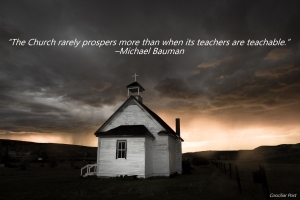 Michael Bauman. Bauman is probably the least widely known name on this list, but that by no means lessens his influence. Bauman was scholar in residence at the Summit Semester interdisciplinary critical thinking program that I attended in 2009, and his penetrating questions and decisive wit have influenced and haunted me ever since. His most influential book is Pilgrim Theology, though The Creed and Long Walk Home have also been formative. 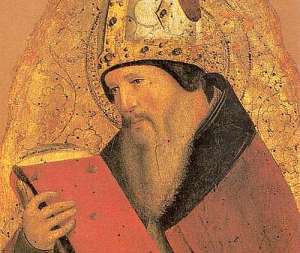 Augustine of Hippo. Even without direct contact, a case could be made for Augustine’s influence through the long scope of Church history. Nevertheless, my engagement with Confessions in undergrad changed how I view much of theology and On Christian Doctrine was supremely influential on my worldview while in grad school. Among Augustine’s prodigious output, On the Trinity, City of God, On Grace, and sermons on the Psalms have also been influential for me.

Scot McKnight. In a way that few other influences have, McKnight communicates in categories and logic that fits how my mind works. For that reason, a number of his books have been extremely helpful and influential for me, with The King Jesus Gospel and The Blue Parakeet perhaps being the most influential books I’ve read in the past three years. The Jesus Creed, The Kingdom Conspiracy, and his numerous commentaries have also been influential guides on my journey.

I know that I’m limited to naming four influences. But there are so many other voices that have influenced how I live and think as well. Some notable mentions include Erasmus of Rotterdam, John Stott, Eugene Peterson, Athanasius of Alexandria, Anselm of Canterbury, N.T Wright, Paul Maier, August Prahlow, Brad Neese, Kevin Bywater, Gilbert Meilaender, and Matt Herndon, to name but some of the most prominent.

What about you: which four theologians have been the most influential for you?