In honor of The Incredibles 2 (and inspired by a post over at The Ringer), I decided to put together my totally subjective and completely biased rankings of Pixar’s twenty theatrically released films. Rankings are fun to do and fun to talk about, so here are mine.

The “what I’ve seen hasn’t been great” Section

These are every Dreamworks’ fans favorite Pixar movies—and that’s the nicest thing I can say about them. I put these movies in a category of their own because, in my mind, they are qualitatively different (read: worse) than the rest of the films that Pixar has produced.

I’m confident that Ratatouille is better than the above films, but of all the remaining Pixar movies, it’s far and away my least favorite. (And that has nothing whatsoever to do with the fact that my younger siblings practically watched it on repeat for several months.) 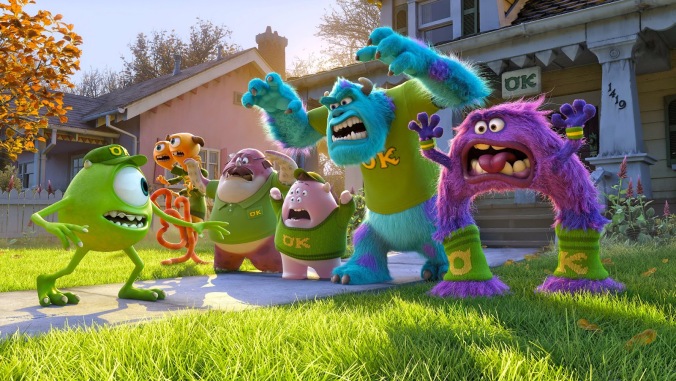 These are enjoyable movies—I’d watch them this evening if food will somehow be involved. I watched Monsters U while in school, so maybe it’ll get better for me with age. Toy Story 2 is solid, but too easily falls into the “not as good as the original” trap to rank higher (though the Star Wars references did help it out in my book).

Too New to Accurately Rank

The Incredibles 2 (2018), Coco (2017), and Finding Dory (2016) are the three most recent flagship Pixar releases (I refuse to talk about Cars 3). I really like these films—but they’re too new to be ranked any higher. With time, I think any of these may move into my top ten.

As a seven-year-old, the opening short (Geri’s Game) forever changed my movie watching experience and is one of the first times I remember really reflecting on what makes things funny. (The rest of the movie is great too.)

Cars made me pay attention to stock car racing and listen to Rascal Flatts for a time, so it’s got that going for it. Mater is what really made the movie for me, that and the solid lesson to enjoy the roads that life takes you on.

One of the most emotional, heart-wrenching scenes ever. Which, by the way, uses no spoken words at all. Perhaps Pixar’s best four minutes of animation—and a powerful testament the importance of movie music.

Wall-E is a film that I’ve come to appreciate more and more as I’ve gotten older. Seventh place seems like the right spot for a movie that nearly every day seems more and more like a prophecy.

While watching Inside Out, I can’t count the number of times I thought to myself, “Huh, so it’s not just me who thinks that way?” This movie does a great job of translating our mental lives to the big screen. Or, as one internet use put it, it puts an end to that ever-popular question, “What if feelings had feelings?”

So Great, I’ll Stop What I’m Doing to Watch Them Again

This is one of the measuring sticks that I use to gauge how good a movie is: If I’m walking by and it’s on, am I stopping to watch it in earnest? These films almost always pass that test.

Perhaps the best sequel ever made.[1] For me, two moments sum up the storytelling power of this movie: when the characters (I can’t just call them toys!) are in the incinerator and when Andy leaves for college. Pure. Gold.

Moving. Creative. Funny. An accurate representation of what parents will go through for the sake of their kids. I loved Finding Nemo when it came out, and I’ve come to love it even more since.

I first saw The Incredibles when I was 13. The story captured my attention, and was one of the first films I recall being aware of the second-level, more-for-adults humor that Pixar does such a fine job of weaving into their movies. Plus, it has the best scene of any Pixar movie. 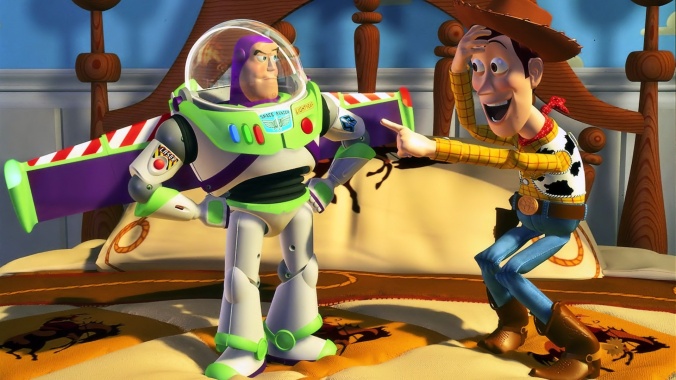 The one that started it all—for Pixar and for millions of moviegoers around the world. Toy Story was the first movie that I remember seeing in theaters, which helped make it the first movie that was “mine” rather than something my parents put on for me. Buzz and Woody, the lessons of friendship, the captivating animation style (that still looks solid 23 years later)—Toy Story has it all.

[1] Other acceptable answers to this question: Empire Strikes Back, Indiana Jones and the Last Crusade, Star Trek II: Wrath of Khan, and The Godfather Part II (not including movies that were intended as part of a series or cinematic universe).

One thought on “Some Totally Subjective Pixar Movie Rankings”