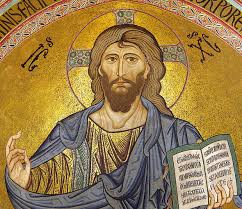 The images applied to Jesus in Revelation are of supreme importance, for “the theology of John is visual theology.”[1] While there are a riotous profusion of images used presenting Jesus, this section examines three of the most important: Jesus as Lord of the Churches, the Divine Warrior, and the Lamb.

The Apocalypse clearly sets Jesus as Lord of the Churches from its opening lines, with the first chapter casting Jesus as both priest and judge. His priestly character is evidenced by his garments (1:13–14), which are clear reminders of the official dress of the Aaronic Jewish High Priest.[2] He is judge by understanding of his feet and voice (1:15), which throughout the rest of Revelation will hand down judgment upon Jerusalem and Rome.[3] Within the letters to the Seven Churches (2:1–3:22) Jesus’ Lordship (his rule, command, and authority) comes across most clearly. Here he stands not only as revealer and speaker—the prophetic voice giving rise to the visions which follow—but also as commander of the Churches, encouraging them to remain steadfast in the truth and to persevere amidst persecution, and promising life to those who overcome. 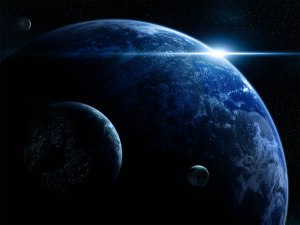 Furthermore, the scope of Jesus’ Lordship gradually grows throughout Revelation. In the early chapters he stands as Lord of the Churches. In the opening vision of the throne room, listeners hear that Jesus’ Lordship holds sway even in heaven (5:13).[4] Through the judgment of Jerusalem and Rome, Jesus’ Lordship geographically extends to the whole earth (7:9–17). Finally, Jesus’ Lordly rule spreads even to the new heavens and the new earth (21:6). Thus not only is Jesus Lord of the Church, but—for careful readers—eventually encompasses the entire cosmos.

For the early Christians hearing Revelation’s horrors, there may have been no more comforting image than the “Divine Warrior” who comes on a white horse in Revelation 19. This rider appears and swiftly defeats the beast and false prophet (19:19–20), ushering in an age of peace. The Divine Warrior comes in final judgment of the evils opposing God, executing the Almighty’s sentence against those who spill the blood of the martyrs (17:6–14).[5] Especially important is how the Divine Warrior comes: riding a white horse, having many crowns, and being followed by the armies of heaven. In other words, the Divine Warrior—whose “eyes like blazing fire” (19:12) explicitly connects him with the opening vision of Christ (1:14) and the glorious man in Daniel 10:6—arrives bearing language typically reserved for theophanic appearances of Yahweh Himself.[6] Further, in light of the eschatological and judicial roles of the Lamb (discussed below), Jesus as Divine Warrior clearly coordinates with Jesus the Warrior Lamb.[7] Thus, the Divine Warrior image for John conveys Jesus’ role as Yahweh’s messenger of judgment upon the nations, the enactor of divine wrath against those who stand opposed to God.

One thought on “Jesus in the Apocalypse of John: Images”