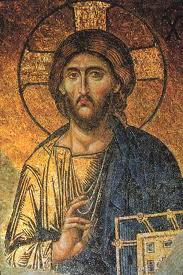 After nearly 2,000 years, the study of Christology—the study of the person, nature, and role of Jesus[1]—continues as a popular, relevant, and important realm of theological inquiry. Indeed, it would not be an overstatement to say that Christology forms the economic basis for all truly orthodox Christian theology.[2] Studies of the history of Christology—especially the Christology of the earliest followers of Jesus and those who composed the writings now included in the New Testament—have become particularly important in recent decades, as the streams of Roman Catholic ressourcement, Orthodox Ιερά Παράδοση, and Protestant ad fontes merge into greater emphasis on the early Church.

Perhaps no figure has played a greater role in early christological conceptions than Wilhelm Bousset, whose Kyrios Christos continues to the influence contemporary studies of early Christology.[3] In this work, Bousset argued that a Hellenized form of Christianity was the first to elevate Jesus to the status of “Lord” and worship him along with God.[4] For Bousset (and other luminaries such as Rudolf Bultmann) a complete break occurred between the original Jewish–Palestinian Church of the Jesus Movement and the Hellenized form of Gentile Christianity which spread throughout the Mediterranean world, most evident in the radically different ways in which these movements understood Jesus of Nazareth.

However, in recent decades Bousset’s thesis of a divide between primitive (low) Christology and developed (high) Christology has come under increasing scrutiny. Especially problematic for his thesis are the works of Oscar Cullmann and Larry Hurtado. In his influential Christology of the New Testament Cullmann argues that, “a complete break between the original Palestinian Church and Hellenistic Christianity is simply a construction which is neither justified by the elements handed down to us from the early Church, nor able to explain the origin of Hellenistic faith in the Kyrios Jesus.”[5] Larry Hurtado’s evisceration of a Boussetian understanding of Jesus devotion in his Lord Jesus Christ remains perhaps the most important recent work on early Christology.[6] Here Hurtado examines a range of early Christian sources—including doctrinal and praxis–oriented materials—and convincingly demonstrates that exalted views of Jesus emerged well within the first decades of Christianity. In concert with other scholars these advocates of “Early High Christology” have shifted the field of Christological studies away from radical developmental perspectives toward an emphasis on the chronology of Jesus devotion, devotional practice, religious experience and innovation, “binitarian” worship (God–Jesus together), and the historical Jesus.[7]

[1] This study will use the name “Jesus” as a (relatively) neutral term, eschewing both the theology–leaning “Jesus Christ” and history–leaning “Jesus of Nazareth.” This is not to deny either of the claims latent within these titles, only to provide a general grounding for a study arguing that the names applied to Jesus influence how he is viewed.

[2] N.T. Wright, “Jesus and the Identity of God,” Ex Auditu 14,1 (1998): 42–56. This is not to neglect the recent turn in Christian theology toward a Trinitarian basis for theological speculation and praxis, but rather to note along with Karl Barth that even within robustly Trinitarian programs that “God is unknown as our Father, as the Creator, to the degree that He is not make known by Jesus.” Karl Barth, Church Dogmatics: I.1 The Doctrine of the Word of God §8–12, Study Edition, ed. G.W. Bromiley and T.F. Torrance (New York: T&T Clark, 2010), 98.

[4] Bousset, Kyrios Christos. Oscar Cullmann, Christology of the New Testament, trans. S.C. Guthrie and C.A.M. Hall (Philadelphia: Westminster, 1963), 207. Central to Bousset’s thesis on this point is his argument concerning the latent Hellenistic associations—especially terminology for Hellenistic deities and the Roman imperator—which the term κύριος (kyrios) contained. For a discussion of the viability of this conception, see Cullmann, 195–9. This study employs the terms “God” and “Yahweh” to speak of the principle member of the Godhead.

One thought on “Jesus in the Apocalypse of John: Introduction”