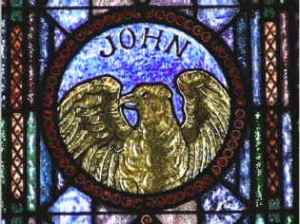 Perhaps the most important Christian writing for Theophilus was the Gospel According to John. There are numerous passages which rely on the Fourth Gospel, including Autolycum 1.4’s reference to the words of Thomas recorded in John 20.27[i] and Autolycum 2.23’s parallelism to John 16.21.[ii]

Yet these examples pale in comparison to Autolycum  2.22, where Theophilus lists John’s Gospel by name and then explicitly quotes John 1.1-3, the first time that Gospel was quoted outright with formal markers of quotation in another text.[iii] While the form of this quotation does not entirely accord with the Majority Text of John 1, adding ουδε εν, this reading is attested in the Syriac, Old Latin, and Sahidic versions of John, as well as in quotations by Irenaeus, Clement of Rome, Origen, Tertullian, and the Valentinians.[iv] Rogers takes Theophilus’ unwillingness to discuss the incarnation at this juncture as something akin to rejection of Johannine Christology.[v] However, Schoedel counters this argument, first, by noting Theophilus’ apologetic purposes may have led him, like Justin and Athenagoras, to modify his presentation of certain doctrinal and points; and second, by examining this citation within the wider context of the passage and finding that the Logos doctrine of John 1.1-3 serves as an exegetical motif for Theophilus’ reflections upon the nature of God’s transcendence.[vi] Thus Theophilus demonstrates not only his literary dependence upon John’s Gospel in Autolycum 2.22, but signals his theological dependence as well. For Theophilus, the Logos converses with God, but also exists as his command (διατξις) and voice (φωνη).[vii] This interpretation portends both Theophilus’ connection of the Logos and Sophia and the importance he placed on proper interpretation of the Johannine Prologue.[viii] Insofar as he explicitly quotes the Fourth Gospel and relies upon it for the proper interpretation of the Divine Logos, John’s Gospel functioned as an important and authoritative source for Theophilus’ thinking.

One thought on “Scripture among the Apologists: Theophilus’s Use of John”