Icon of the Holy Trinity (Rubilev)

The doctrine of the Trinity–espoused by the Cappadocian Fathers as “God is one object in Himself and three objects to Himself”–is commonly understood to be one of the more difficult concepts to grasp in Christian theology. Much of Early Church history revolved around debates concerning the Person of Jesus Christ and His relationship to the Father, and doctrine concerning the Holy Spirit was often not explicitly discussed. However by the time of the Cappadocian Fathers and Augustine, an explicit doctrine of the Trinity was emerging in Christendom (Kelly, 252). In her essay entitled “Why Three?” Sarah Coakley engages the Maurice Wiles’ perspective on the Trinity as espoused in his The Making of Christian Doctrine.

Coakley begins by noting that Wiles sought to “give a rational defense to the doctrine of the Trinity based on religious (Christian) experience.” In her essay, Coakley seeks to answer what has become the pertinent question in Trinitarian doctrine: “‘Why three?’ Why indeed ‘hypostatize’ the Spirit at all?”[1] Whereas Wiles, in The Making of Christian Doctrine, was “misleadingly stringent” in questioning the ‘hypostatization’ of the Spirit in the Trinity, Coakley seeks to justify “the Spirit’s distinct existence on the basis of experiential claims” and answer the question of how the Spirit’s role was transformed from that of apparent bystander in the Christological debates into the third member of the Holy Trinity.[2] 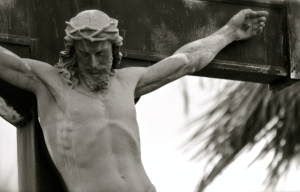 Coakley begins her defense of the Trinity by observing and commenting on modern approaches to Trinitarian typology. Scholars such as Schleiermacher have asked, Why make “God-in-God’s-communication-to-the-world” a personally distinct hypostasis at all? Answering this query are three modern schools of Trinitarian thought: those espousing an economic Trinity, those advocating a reflective Trinity, and defenders of a prototype Trinity. The position of the economic Trinity portrays the Holy Spirit as ‘immanent’ and as solely the completer and communicator of revelation. However, this view assumes that the Holy Spirit is God and simply designates the purpose of the third member of the triad, while remaining almost wholly silent as to why the Spirit is to be considered wholly divine. The position of the reflective Trinity relies heavily on gleaning the role of the Spirit from the narrative of Christ on the cross. In this view, the role of the Spirit is to unite the Father and the Son. However, this view also assumes the deity of the Spirit and simply suggests his purpose. The explanation of the prototype Trinity is that of persons-in-relationship. In Coakley’s words, this is the view of Richard of St. Victor, who “argues not only that perfect love must occur in a relationship of perfect equality (requiring two persons) but also that such a relationship (if perfect) must necessarily be outgoing, overflowing to at least one other as a shared communitarian benefit (and so the ‘third’ is needed).”[3] In this view, the perfect love of the Father and Son necessitates a third divine person.

Building upon this view of a necessary third person, Coakley explains that the role of the Holy Spirit is as a means of incorporation into the Trinitarian life of God. She writes, “Here the Holy Spirit is construed not simply as extending the revelation of Christ, not even as enabling his recognition, but as actually catching up and incorporating the created realm into the life of God.”[4] The Holy Spirit here is a transforming Spirit, that which graces creation with the gift and knowledge of God, “alluring and conforming that creation into the life of the ‘Son’.”[5] Coakley goes on to explain that prayer is key to this understanding of God as Triune: “The ‘Father’ is both source and ultimate object of divine desire; the ‘Spirit’ is that (irreducibly distinct) enabler and incorporator of that desire in creation –that which makes creation divine; the ‘Son’ is that divine and perfected creation.”[6] Prayer then is the experience which ultimately provides us with the evidence to profess a triune God. As Coakley rightly points out, this is valid experiential evidence which points towards hypostatizing the Spirit and understanding him as fully God.

One thought on “The Trinity in the Early Church (Part I)”