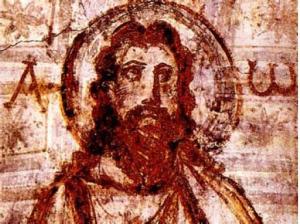 C. S. Lewis once said that if the incarnation happened, “it was the central event in the history of the earth.” What is the incarnation? And why has it been such an important area of theological consideration since the earliest days of Christianity? The term ‘incarnation’ may be defined as “a person who embodies in the flesh a deity, spirit, or quality.”[1] For the Christian tradition, the man who has been understood as deified has been Jesus of Nazareth; but the Christian claim of Jesus as God, not merely as one who embodied God, historically presented a plethora of questions to the early Christian theologians.

In determining what the incarnation means for Christians, the Early Church Fathers sought to determine more concerning the person Jesus. Maurice Wiles writes that “the heart of Christian faith is the person of Christ and what God has done in him.”[2] The orthodox Christian Church has always professed monotheism based upon the Jewish tradition and the scriptures.[3] Given this monotheistic belief however, the early Church viewed Jesus not as a simple messenger of God, but worshiped Him as the Son of God.[4] This is especially evident in the writing’s of Irenaeus, who refers to Jesus as “the Word, the Son of God.” [5]

Thus the Early Church, in confessing Jesus as the Son of God, needed to determine exactly what was meant by this profession. As Wiles points out, this confession led to some serious questions: “How without simply abandoning the idea of God’s eternal changelessness could he describe the divine action in creation and in history?”[6] As a possible solution to the problem of explaining the incarnation, early theologians such as Tertullian turned to philosophy. Splitting Jesus Christ into two ‘parts’, the human Jesus and divine Christ, was suggested.[7] This idea was rejected by the Fathers, especially by Irenaeus, who quotes the Gospel of John (20:21), “these things are written that ye might believe that Jesus is the Christ, the Son of God”, in defense of Jesus’ humanity and divinity.[8] Yet there are seemingly problems with this view, as St. John also writes “that which is born of flesh is flesh, and that which is born of Spirit is spirit” (John 3:6). Tertullian apparently recognized this dilemma, and affirms the duality of Jesus without much explanation of the combination of flesh and logos.[9]

Within the writings of Origen there is found the first serious theological approach to answering the question of what was meant by the incarnation of Christ Jesus. Origen suggested the idea that Christ had two natures, a ruling divine nature and a less influential human nature.[10] Origen’s basic idea of two natures is professed even to this day in Christianity, though his other belief that the eminence of the human soul of Christ fell into disrepute.[11] If Jesus had a human soul which was in perfect fellowship with God and was in contrast with the logos as Origen believed, then questions result. First, the question of two separate persons united in Jesus arises: Is there one perfect human and one separately divine within the man Jesus? If so, did the sacrifice on the cross only involve the man Jesus? Was “Christ crucified” as was the confession? Second, if the emphasis remains on the human soul of Jesus, could that not mean that Jesus was simply a perfect man and not truly God in any meaningful way?

The importance of answering the incarnation question became even more significant with the rise of Arianism in the East. If Arius was correct, and Jesus was only God in some secondary categorization, then the problem of the incarnation becomes significantly less: no longer would Christianity be proclaiming Jesus as fully God, but as fully man with the power of God –much easier to assert from a philosophical position.[12] To many non-Arian Antiochene theologians during the fourth century, the importance of Christ’s human soul was paramount. If Christ is not human, then how can one account for the salvation of man and the emotions that Jesus seems to display in the gospels?[13] As an alternative confession, there was the importance placed on the divinity of Christ and the Word experiencing humanness which Athanasius and the Alexandrians professed.[14] Athanasius did not believe that the Son has ceased in any way to be God when He came to earth. “In becoming incarnate the divine Word did not abandon any of his divine attributes; the suggestion is dismissed as absurd. But he did not assume in addition to them the limitations of his adopted human nature.” [15]

One thought on “God Made Man (Part I)”