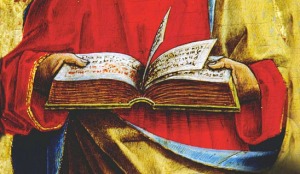 Two factors shaped the used and form of Patrick’s scriptural context, namely, the “lack of early medieval pandects (single-volume Bibles) and the fundamentally liturgical quality of early medieval biblical books….”[1] There is no doubt that the Bible’s liturgical use underscored its importance during the early medieval period. In the words of Susan Boynton, “The Bible permeated the medieval Latin liturgy: biblical narratives and themes lay behind the fundamental structures of the liturgical year, and scriptural texts were ubiquitous in the form of chants and readings.”[2] In short, the Bible and its message of the Lord Jesus prominently occupied the medieval Christian worldview through liturgical structures, be they liturgical readings, hymnody, the liturgical calendar, biblical interpretation, or communal feast days.

A central component for both monastic and lay expressions of medieval Christianity was the Psalter, which existed in three basic forms during the early medieval period: the Old Latin tradition, the Roman Psalter, and the “Gallican” Psalter.[3] To supplement the liturgical formation of early medieval Christians, Patrick and other Christians wrote in Biblical Latin, thereby attempting to elevate ecclesiastical Latin to the rhetorical standing of the great Latin orators.[4] Key to this practice was learned biblical interpretation, which had a long history by the time Patrick arrived on the scene in the fifth century.[5] 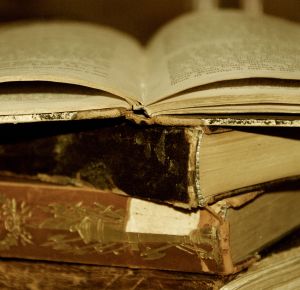 Perhaps the most important feature of early medieval Bibles was the form in which they were disseminated. Prior to the fourth and fifth centuries, there is little evidence that the writings of the Christian Bible circulated as a single unit.[6] Even throughout the Middle Ages, complete, one-volume Bibles were a rarity; more often Biblical books circulated individually or in groups.[7] In the words of Frans van Liere, “For most of the Middle Ages, the Bible was rarely one book; it was more a sacred library.”[8] Accordingly, while orthodox medieval Christians would have affirmed the inspiration and authority of the full Christian “canon” of scripture, most Christians would not have had access to the entire canon.[9] One implication of this is that an author’s access to one portion of the Bible does not necessarily mean they had access to the entire Biblical canon. This reality will be worth remembering when we consider Patrick’s use of scripture below.

[2] Susan Boynton. “The Bible and the Liturgy.” The Practice of the Bible in the Middle Ages: Production, Reception, and Performance in Western Christianity. Edited by Susan Boynton and Diane J. Reilly. New York: Columbia University Press, 2011. 10.

[3] Jospeh Dyer. “Latin psalters, Old Roman and Gregorian chants.” Kirchenmusikalisches Jahrbuch 68 (1984): 12. Frans van Liere. An Introduction to the Medieval Bible. Cambridge: Cambridge University Press, 2014. 29-33. On the development of the Psalter, Dyer writes, “All of the Latin translations of the psalms, with the exception of Jerome’s psalterium iuxta Hebraeos, were based on the Greek text which embraced its own range of variants even before the Latin translation process began…. Neither the date nor the provenance of the earliest Latin translations of the psalms is known.” See Dyer, 11-12.

[4] Charles-Edwards, 231-232. On this, Charles-Edwards writes that, “What Patrick was attempting to do—and achieved with great success—was to write a biblical Latin…. The point of adopting this biblical pattern as the dominant organizing principle of one’s prose is best understood by considering the difficulties well-educated Romans had with the Latin Bible. The Old Latin Bible was a translation from the Greek for the purposes of early Latin-speaking Christians…. A complete conversion to Christianity required, therefore, a perception that the Bible was not so much unrefined but rather had a different style from that of the great pagan orators. Once this feat of cultural intuition was achieved, a possible further step was to abandon the rhetoric of Cicero and Quintilian in favor of the quote difference rhetoric of the Bible.”

[5] Central to understanding the medieval practice of biblical interpretation was the “four-fold” sense of scripture. As summarized by Edward Synan, “The literal sense is identified with the ‘historical’ sense; allegory is the ‘Christological’ sense; the moral sense is ‘tropological’ (a term used by John Cassian as well as by Saint Jerome himself); the anagogic is designated at times as the ‘eschatological’ sense. These four senses, their possible synonyms included, dominated Christian biblical scholarship from patristic to early modern times.” See Edward Synan. “The Four ‘Senses’ and Four Exegetes.” Edited by Jane Dammen McAuliffe, Barry D. Walfish, and Joseph W. Goering. With Reverence for the Word: Medieval Scriptural Exegesis in Judaism, Christianity, and Islam. Oxford: Oxford University Press, 2003. 225.

[6] Susan Boynton and Diane J. Reilly. “Orientation for the Reader.” The Practice of the Bible in the Middle Ages: Production, Reception, and Performance in Western Christianity. Edited by Susan Boynton and Diane J. Reilly. New York: Columbia University Press, 2011. 1-2. The idea of “scripture collections” and corpuses extends at least back to the time of the Jewish Bible, where collections of writings—most notably, the five-book “Book of the Law”—were common. The practice of circulating collections of writings was continued into the early Christian period. However, the idea of collecting all the writings into a single volume—a pandect—is essentially a medieval notion. For more on collections of Christian books, see Harry Y. Gamble. “The Book Trade in the Roman Empire.” Ed. Charles E. Hill and Michael J. Kruger. The Early Text of the New Testament. Oxford: Oxford University Press, 2012. 23-36. Michael J. Kruger, “The Definition of the Term ‘Canon’: Exclusive of Multi-Dimensional?” Tyndale Bulletin 63.1 (2012): 1-20. And Francis Watson, Gospel Writing: A Canonical Perspective (Cambridge: Eerdmans, 2013), 2f.

One thought on “The Scriptures of Saint Patrick: The Medieval Scriptural World”