This post is part of an ongoing series examining Women in the Apostolic Fathers. 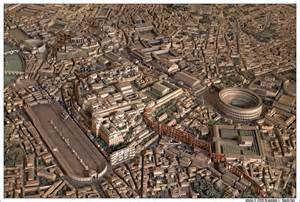 A number of methodological presuppositions stand behind this study. Perhaps most central are the framing concerns of engaging ancient sources within their specific socio-cultural contexts and historical discourses, letting each particular writing and writer speak for themselves whenever possible, and considering the ethics at work in ancient writings.[1] With regard to textual investigation and interpretation, three further points should be made.

First, this is a topical study—examining the conceptions of women—amidst writings which were written primarily to address other topics. Due caution is thus required, neither presuming that statements necessarily speak to the lives of actual women nor that the women which appear here are nothing but literary conceptions.[2] Second, this study considers limited evidence—short passages and references in brief books from a momentary period from which there are extremely limited extant materials. Helpful in this respect is “mirror reading,” where consideration of who stands behind what is being (or not said) said may fruitfully yield historical insight.[3]

Finally, there are the necessary cautions about the possibility that these writings do not accurately reflect the majority of Christians, but rather a small minority which was later victorious for a number of socio-historical and theological reasons.[4] This in addition to assumptions about the textual transmission of these writings, their possibility for emendation and corruption through their process of textual transmission.[5] These are the insights and principles which inform this study.

[4] Discussion of the so-called “Bauer Hypothesis” ultimately remains outside the scope of this paper, though the parameters of this debate remain in the background of most contemporary studies of early Christianity. See Walter Bauer, Orthodoxy and Heresy in Earliest Christianity, ed. Robert A. Kraft and Gerhard Krodel, trans. Philadelphia Seminar on Christian Origins (Philadelphia: Fortress Press, 1971); Frederick W. Norris, “Ignatius, Polycarp, and I Clement: Walter Bauer Reconsidered,” Vigilae Christianae 30, 1 (1976): 23-44; and Andreas J. Kostenberger and Michael J. Kruger, The Heresy of Orthodoxy: How Contemporary Culture’s Fascination with Diversity Has Reshaped Our Understanding of Early Christianity (Wheaton: Crossway Publishers, 2010).

[5] Bart D. Ehrman, The Orthodox Corruption of Scripture: The Effect of Early Controversies on the Text of the New Testament (New York: Oxford University Press, 1993).

One thought on “Women in the Apostolic Fathers: Method”