This post is part of an ongoing series reflecting upon Women and Gender in Early Christianity. 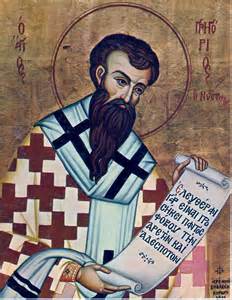 This post reflects on Morwenna Ludlow’s “Useful and Beautiful: A Reading of Gregory of Nyssa’s On Virginity and a Proposal for Understanding Early Christian Literature”,[1] which argues that Gregory defends both marriage and virginity through employment of artful and poetic expressions of Greco-Roman rhetoric. This article contains three major realms of investigation: Gregory’s references to the ills of marriage, his use of choruses, and his allusions to water. Through this examination, Ludlow suggests that Gregory’s work displays the qualities of both art and theology arguing for marriage and virginity in terms of the common good.

Following Michel Aubineaul, Ludlow argues that Gregory offers a theological echo of ekphrasis (description of a bride’s beauty) in describing the pains of marriage, a turning of the epithalamium genre (song, poem, or speech made at the entrance of a bridal chamber) on its head. Next, Ludlow turns to consideration of how Gregory employed choruses in De Virginitate, noting that Gregory focuses on the transient character of sex and marriage and not their necessary evil. Contra Peter Brown, Ludlow goes on to argue that Gregory’s view of marriage was not an advocation of a whole new set of values, but rather a call to better embody traditional values than do traditional societies. Third, Ludlow looks at the various water metaphors employed by Gregory, arguing that he avoids making a comparison between water and sexual desire, instead utilizing water as indicator of his poetic and artful speech. In the conclusion, Ludlow contends that De Virginitate stands as artful theology which must be understood literarily in order to explain its theological argumentation. Gregory seeks to affirm not only virginity, but marriage as well, employing arguments from the common good as the center of his argument for how the Church is good for the whole of society. 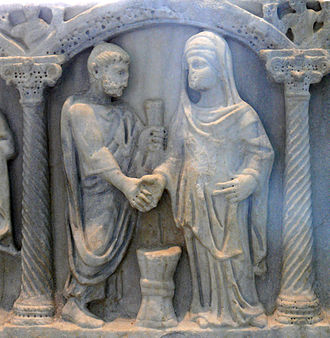 Ludlow rightly highlights the importance of excavating imagery in De Virginitate, especially the need to pay particular attention to Greco-Roman influences. Although she only briefly touches on biblical imagery, she helpfully explains why. In addition to arguing for Gregory’s affirmation of both marriage and virginity, Ludlow’s greatest contribution in this article involves her advocation of literary examination of theological arguments. This sentiment I affirm—especially the emphasis on ascertaining the function, and not mere appearance, of a trope—although I remain wary of attributing theological argumentation wholly to literary conventions.[2] This is borne out in her strong emphasis on genre-criticism throughout.

While I am certainly less technically familiar with specific Greco-Roman literary genres as Ludlow, her literary (as opposed to theological) reading of Gregory was less-than-convincing at times. The irony of Gregory consistently turning a genre on its head in his use of certain standards might be taken less as his affirmation of those literary standards than his rejection of them. That is, theological adaptation of ekphrasis seems just as likely a critique of that literary motif as it does an affirmation of its rhetorical force. If Gregory was comfortable employing the language of marriage and sexuality in his affirmation of virginity and consequent pushback against social ideals of marriage,[3] an apt parallel would be use of genre-laden language which likewise pushes back against literary norms. Overall, this concern seems largely mitigated by the specific emphasis of this article—Ludlow’s argument for literary consideration of Gregory—and its place within her larger examination of Gregory and the study of Gregory of Nyssa more broadly. Accordingly, Ludlow’s argument concerning Gregory’s artful theology appears well founded.

[1] Morwenna Ludlow, “Useful and Beautiful: A Reading of Gregory of Nyssa’s On Virginity and a Proposal for Understanding Early Christian Literature,” Irish Theological Quarterly 79, 3 (2014): 219-40.

[2] Or even, as Ludlow might be more fairly characterized, positions which advocate a ‘fluidity’ between theology and philosophy without considerable definition of those terms and the implications for such a characterization.

[3] Either as rejection of Roman marriage norms, as Peter Brown and Elaine Pagels suggest, or as a better iteration of traditional Roman marriage values through the lenses of Christ and virgin purity, as Ludlow argues.

One thought on “Marriage, Virginity, and Rhetoric for Gregory of Nyssa”