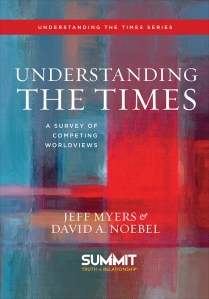 Every so often a book comes along and truly rewrites the paradigms of a field. Some twenty-five years ago, David Noebel penned such a book, titled Understanding the Times. In this 900-page tome Noebel outlined the clash between competing worldviews – ways of viewing and interpreting the world – which were occurring throughout in the late 20th century. The original edition of UTT was one of the most popular and influential books ever on culture and worldviews from a Christian perspective, transforming how many people understand the battle of ideas taking place in our times. But the contours of major worldviews have changed since 1991 and the world has changed along with them. To address this new worldviews context, Jeff Myers, in conjunction with David Noebel, undertook a substantial revision of Noebel’s classic work, now called Understanding the Times: A Survey of Competing Worldviews (Manitou Springs, CO: Summit Ministries and Colorado Springs: David C. Cook, 2015. 510pp.).

The fundamental premise of UTT is that ideas have consequences, and that understanding important worldview[1] ideas helps make sense of and make a difference in the world. This volume examines six major worldviews – Christianity, Islam, Secularism, Marxism, New Spirituality, and Postmodernism – through consideration of what each worldview says about fundamental categories of human thought and life – theology, philosophy, ethics, biology, psychology, sociology, law, politics, economics, and history. The perspective embodied within UTT remains firmly orthodox in its Christianity, calling readers to learn, discern, and live their faiths. Myers and Noebel do not reject the non-Christian worldviews they examine outright, but call readers to recognizing the deficiencies of these perspectives and the sufficiency of Christ and the Christian view of the world. 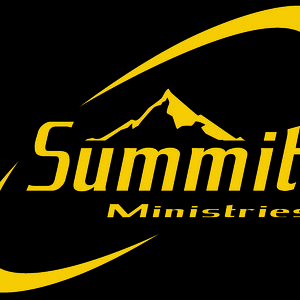 Chapter one masterfully sets the terms of the conversation, outlines the importance a worldview makes, argues for the vitality of understanding before engagement, and provides an overview of the worldviews and topics to be discussed throughout the duration of the volume. Central to the framing of this entire work is the idea that understanding the truth about non-Christian worldviews will ultimately confirm the truth of the Christian worldview. The next six chapters offer overviews of Christianity, Islam, Secularism, Marxism, New Spirituality, and Postmodernism. These are neither short summaries nor easy dismissals of these viewpoints, but instead offer extensive engagement with the central beliefs, practices, and perspectives of these ultimately “religious”[2] views of the world. Where some apologetics-oriented books fail to take seriously the claims of non-Christian systems, UTT engages deeply and seriously the coherence and concerns of these worldviews systems.

The next ten chapters offer in-depth examinations of what each worldview has to say about the realms of theology, philosophy, ethics, biology, psychology, sociology, law, politics, economics, and history. Each section includes an introduction to and history of the subject at hand, followed by consideration of what Secularism, Marxism, Postmodernism, New Spirituality, Islam, and Christianity have to say about said topic. Not only do these chapters helpfully define the parameters of the field being discussed and provide accurate summaries of what each worldview holds, but each chapter also concludes with additional insights from the Christian worldview. For example, the chapter on politics opens with some remarks on the history and practicality of thinking politically and then launches into what each worldview says about politics and that field’s scope and importance. After the summaries are complete, there is a section on the five possible Christian responses to politics (from “don’t be involved” to “Christians should take over”) and then a question and answer section on biblical responses to various political questions.

The final chapter offers concluding remarks, not only for the entire UTT project but also for each worldview and topic examined. Ultimately, the tests of reason, outer world, inner world, and the real world confirm what Myers and Noebel have been arguing throughout this book: that the Christian worldview – rooted in Christ, not necessarily in individual Christians – best explains reality. Ideas have consequences for the real world. Accordingly, those with the best ideas – the Christian worldview – ought to be informed about the world and engaged in every area of society. The final chapter does a fine job conveying the overarching value of UTT as a cumulative resource for understanding today’s most influential systems of thought, concisely and accurately presenting those ideas, and offering legitimate responses from a Christian perspective.

If UTT misses covering anything, it is Eastern religions such as Hinduism and Buddhism. While the sections on New Spirituality begin to introduce readers to these world religions, simply not enough information has been presented here to offer Christians a coherent picture of or response to these large and growing religious traditions. Eastern religions were missing from the older version of UTT as well and these religions are less influential in the Western and American contexts than elsewhere in the world, so this lacuna remains entirely understandable. One other quibble involves the lack of “suggested reading” sections for the plethora of topics examined in this book. While the endnotes for each chapter functionally serve this purpose, an easily accessible list of resources for further investigation would have been a great addition to an already masterful volume. 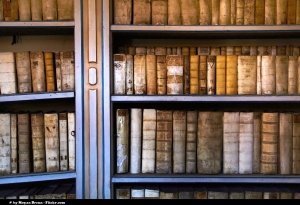 Overall, UTT offers a foundational perspective for Christians trying to make sense of this world and provides compelling evidence for why the Christian worldview offers the most accurate view of True Reality. Accordingly, UTT comes highly recommended for anyone capable of reading, especially Christians interested in making sense of this world and impacting it for Christ. This work would make an especially valuable read for high schoolers and college students who are (or will shortly be) regularly interacting with other visions of the world. Pastors and other Christians who fill roles of discernment and leadership will also learn much from this book. This reviewer has kept an older version of UTT on his bookshelf since 2009, and he looks forward to placing this volume right next to it and consulting it regularly. The value of this book can hardly be overstated: it is simply a must read.

Understanding the Times stands an important call to think deeply and truly about God, the world, and the ideas at work in the world. As an early example makes clear, Myers and Noebel are not interested in Christians indoctrinating themselves and eschewing the world. Rather, this book serves as a call to learn about the world and then impact the world for Christ. For it is only after we have understood the times that we may hope to influence them.

I received this book from Summit Ministries in exchange for my honest review. All opinions expressed are my own.

[1] UTT defines worldview as “a pattern of ideas but also a pattern of beliefs, convictions, and habits that help us make sense of God, the world, and our relationship to God and the world.” In essence, worldviews answer ultimate questions through the description of and prescription for the world.

[2] Insofar as all worldviews have things to say about God and ultimate reality, they contain religious (theological) claims.

One thought on “Book Review: Understanding the Times (Myers and Noebel)”