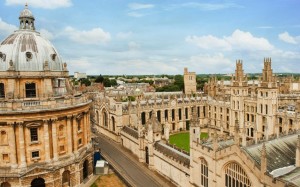 The third methodological foundation for historical theology incorporates aspects of an ordered approach to the study of the past. This is the great legacy of the Modern era on the study of history: a scientific approach to history should be consistently, broadly, and objectively (as possible) applied. History is not apologetics, though it may be employed for apologetic purposes. One should not fail to subject one’s own religious beliefs or practices to the consequences of historical methodology,[43] although, as Schaff notes, this is not quite the same thing as assuming that all viewpoints are equally problematized by historical study.[44] Especially important is nomenclature, which must be appropriately descriptive, adequately precise, and sufficiently flexible to address that which is being studied. Marc Bloch found that history often received its vocabulary from its object of study and that this phenomenon must be critically evaluated as another form of historical evidence to be weighed.[45] He points to the term “Middle Ages” as a prime example of this: the term clearly implies a form of judgment on the period between the wisdom of the ancients and the return to learning in Renaissance. Metanarrative tools should also be used in the study of history, not as universally informing worldviews, but as tools for observing and understanding history.

Additionally, Parker’s aforementioned historiographical metanarratives (and their often unrecognized status) often explain a great deal of the tension within history, theology, and historical theology today. Such insights must be self-consciously employed in order to “reflect the values of individuals and faith communities” and “understand the historiographical priorities that inform the theology and faith-inspired actions of others.”[46] 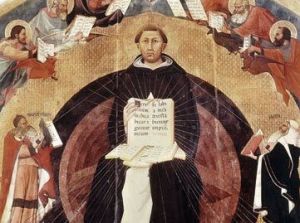 A truly ordered approach to the past also includes consideration of the proper way to appropriate and employ evidence. The first question which needs to be addressed is what constitutes historical evidence. Bloch is helpful here, outlining narrative sources—accounts consciously intended to inform their readers—and incidental evidence—circumstantial or accidental findings—and the evidentiary weight which can be assigned to both.[47] Considerations of the transmission and availability of evidence also should be addressed. Another important aspect of this project involves drawing distinctions between personally convincing evidence and that which pertains to public historical projects. Similarly, a distinction ought to be drawn between evidence and interpretations of that evidence.[48] That is, the meaning and significance of historical evidence must be (re)evaluated on a regular basis.

Finally, considerations of an ordered approach to the study of history ought to acknowledge the role of the historical imagination and memory. In the words of R. G. Collingwood, “Historical knowledge is that special case of memory where the object of present thought is past thought, the gap between present and past being bridged not only by the power of present thought to rethink of the past, but also by the power of the past thought to reawaken itself in the present.”[49] Historical thinking thus uses imagination to shape evidence of the past into a meaningful narrative shape. Again, this recognition intends to point out assumptions of narrative and memory, not that that those assumptions are necessarily incorrect. An ordered approach to the study of historical theology, involves a “scientific” approach of clear definitions and procedures for engaging the past, as well as considerations the availability, meaning, and transmission of evidence.