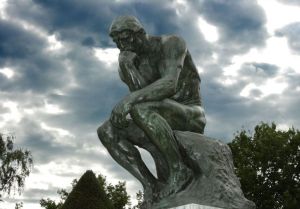 Epistemological clarity constitutes the second vital component for historical theological work. This necessity arises out of awareness of the postmodern critique of knowledge. As noted above, the postmodern challenge argues that historians can only engage the past from their own necessarily limited and linguistically constructed perspectives, thereby limiting the applicability of any claims to assertions of relative perspective. The work of Foucault, Lyotard, and Berkofer rightly critiques assumptions of narrative meaning at work in historical reconstructions, that all perspectives are necessarily limited. However, less persuasive is the critique of narrative that accompanies the postmodern metanarrative. Recognition that everyone relies on worldviews which contain certain epistemological assumptions does not necessitate that those worldviews (and epistemologies) are invalid. Rather such recognition requires awareness of those assumptions and how they operate.

Everyone employs their worldview in perceiving the world and the past—this is an inescapable component of human existence and the formation of meaning.[39] What remains inescapable, however, is ignorance of that perspective and that ignorance’s attendant presumption of universality. The rise of historical consciousness has been just that: discussions of how to better do history and understand the role that assumptions play in conceptions of history. Insofar as criticisms take these factors into consideration, history may be done better. But such critiques are not the whole story, especially when doing historical theology. Also required is a balance between the extremes of epistemological relativity and fundamentalist objectivism, between “all truth is entirely conditional” and the rigid and certain knowledge that one perspective contains the totality of all the actualities of history. Insofar as the postmodern perspective emphasizes the importance of recognizing perspectives, assumptions, and contexts, its critique is both valid and useful. When postmodernism moves beyond the retrieval of meaning, however, it has gone too far.