Last week, Conciliar Post ran a Round Table discussion what happens to human beings after physical death. Below are my reflections for your consideration.

Just a couple of weeks ago, someone posed this very question—what happens to people after death?—while I was teaching a Sunday school class on the Apocalypse of John (the book of Revelation). We were reading and talking through Revelation 20:12-13, which reads:

This, I think, is an entirely appropriate place in scripture to broach questions about what happens to people when they die. Here we are faced with the immanence of divine, final judgement, with the righteous entering God’s Kingdom (the new heavens and new earth of Revelation 21 and 22) while the wicked—those whose names are not found in the Book of Life—are thrown into the lake of fire of the second death. John’s vision as recorded here seems to speak of human beings final status before God Almighty, but is our soul’s final destination the same as what happens to us after we die?

Instead, in the vein of scripturally and traditionally informed theological speculation I suggest—following evidence from the Old Testament, Jesus’ parable of the Rich Man and Lazarus, Jesus’ words to the thief on the cross, 1 Peter, and the insights of C.S. Lewis—that after death Christians go to ‘Heaven’ and non-Christians go to ‘Hades’ (the place of the dead) to await final judgment, at which time all of humanity will be resurrected from the dead, judged, and sent to their final abodes, the righteous to the New Heavens and New Earth and the wicked to the second death (commonly known as Hell).

Numerous times in the Old Testament, Job, Moses, David, and others indicate where they expect the dead to end up: Sheol. Precisely what this place of the dead entails is never fully explained. However, Jesus seems to provide some insight into how some Jews viewed the realm of the dead in his Parable of the Rich Man and Lazarus. Here we see an image of Sheol as simultaneously a place of comfort (for Lazarus, Abraham’s Bosom) and torment (for the Rich Man). Thus, it seems that before Christ’s death and resurrection, everyone who died went to the place of the dead—Sheol (sometimes referred to by its Greek name, Hades). 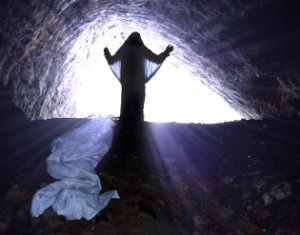 However, Christ’s death—and His defeat of Death—fundamentally altered what happens when people die. For those who—like the thief on the cross—profess faith in the Lord Jesus and proclaim the Kingdom of God, after death their souls fellowship with God in Paradise. In common understanding, this is heaven, where the dead in Christ reign with him while awaiting the final consummation of the Kingdom. Conversely, when those who do not follow Christ experience physical death, their souls descend to Hades (Sheol) to await final judgment. What about those people who were already in Sheol before Christ’s death? 1 Peter 3 suggests that Christ’s descent to ‘Hell’ (as the Apostles’ Creed says) led him to preach to those captives in prison and lead some with him to paradise.

In light of God’s desire for the salvation of all humanity, with many Christians throughout history I hope for the salvation of those in Hades, especially those who have never heard the Gospel of the Lord. C.S. Lewis’s portrayal of Hades and its inhabitant’s relationship with the true reality of Heaven as portrayed in The Great Divorce has been highly influential on my thought on this topic. Of course, all of what I have outlined here is fraught with interpretation, eschatological hope, and much prayerful reflection. Do I know what happens to a person after physical death? No, I do not and cannot. But with the Great Church I can “look for the resurrection of the dead and the life of the world to come.”

One thought on “After Death”