As a whole, the Successionist narrative of the past no longer adequately explains the contours of history. Even Joseph Ratzinger writes that the static vision of history expressed by the traditional interpretation of Vincent of Lerins “no longer seems the right way of expressing the nature of historical identity and continuity.”[33] Likewise, an overarching perspective of Supercessionism does not adequately assess the vicissitudes of the history of the Church, for too much continuity exists between the early centuries and the medieval period.[34] The problems with these metanarratives should not be taken as indications that no continuity exists in the life of the Church nor that corruptions or error have not occurred. Belief in the Risen Christ, for example, runs throughout all of orthodox Christian history. Conversely, the Donation of Constantine stands as a clear example of forgery and corruption. These are specific examples, however, and an overarching approach to history governed by either of these views remains problematic. 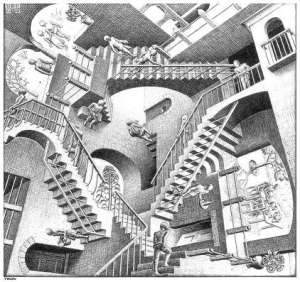 The Appercessive approach, while quite popular among contemporary historians and theologians, is also not without problems, the clearest of which involves the wholesale (or nearly so) rejection of the Christian past. The location of imperfections or problems in the past should not lead to our disavowal of that past. Rather, we must stand within the Christian tradition and learn from the mistakes of history. Not all appercessive approaches to history necessarily entirely reject the past—the extramodernity of Gonzalez and feminism of Schussler-Fiorenza come to mind as examples of recasting and learning from the past in important ways. In the same way that we cannot ignore the problems of the past, we must avoid the pitfalls of presentism and chronological snobbery which paper over the very real dangers of the present. An overarching approach to historical theology affirms the Appercessive narrative is also ultimately unsatisfactory.

[34] That is, there is no clear demarcation of where “the early Church” ended and the “medieval Church” began, with the possible (and oft debated) exception of the rise of Constantine. Another alternative—proposed by Walter Bauer and Bart Ehrman—is that the Church of the first decades fell into error. While a possibility, consideration of these possibilities remains beyond the scope of this series.

One thought on “MHT: Assessing Historical Metanarratives (Part I)”