This post is part of an ongoing series reflecting on Orthodox-Catholic online dialogue, originally delivered at the “That They May Be One” Conference.

A second way in which Orthodox and Catholic writers at Conciliar Post dialogue with one another is through what I call “reinforcement,” namely, a reinforcement of disagreements. In these instances, after a) recognition of historical Orthodox-Catholic differences coming into play or b) a time of attempting to reconcile potentially non-synchronous positions, Orthodox and Catholic writers agree to disagree and effectively break off dialogue on whatever issue causes the disagreement at hand.

An example of this first approach to “reinforcement” comes in a discussion on Vatican I that occurred between the Hun (Orthodox) and the Catholic Frigus. In broaching the subjects of “ex cathedra” papal statements and the authority of the papacy, the Hun resorted to standard Orthodox critiques of Catholicism and let the discussion end. Similarly, Frigus outlined his Catholic responses to papal authority (and threw in a few critiques of Orthodoxy) before the conversation ended. Thus, both voices in this deliberation respectfully ended the discussion through advancement of their traditional points of disagreement. As an example of the second type of “reinforcement,” consider Catholic Nuntius and Orthodox Gus in dialogue concerning Catholic and Orthodox views of the Eucharist. After outlining the historic and current situations, both writers continued to interact for some time, expounding upon their respective understandings of Eucharistic practice. But when the conversation ended, both Nuntius and Gus remained unmoved, without anything close to a resolution or a way to move future Orthodox-Catholic discussion forward. “Reinforcement” type Orthodox-Catholic interactions on Conciliar Post are easily the fewest and furthest-in-between. Yet at times writers do double down on how their Church is right without substantively moving dialogue forward. 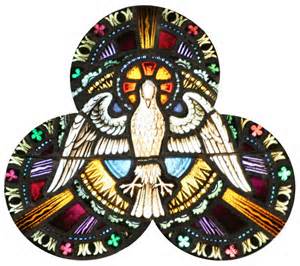 Like cooperative dialogue, “reinforcement” engagements between Orthodox and Catholic voices contain both positive and negative components. On the one hand, this approach does not paper over the real differences between contemporary Orthodox and Catholic theology and practice. This honesty sets the stage for meaningful conversations to be carried out without each side talking past one another. Further, the charity and authenticity of these interactions—being able to say, “We fundamentally disagree on this, but let’s still be friends”—also benefits those involved by maintaining an informative and edifying context for future conversations. On the other hand, the “reinforcement” approach does not always contribute to dialogue. Only so much can be said and only so much unity found after points of disagreement come to the fore and begin to dominate conversation. Dialogue that takes a tone of reinforcing theological disagreements ultimately leads to less dialogue and less creative engagement by categorizing historical differences as irreconcilable in the present.

One thought on “Blogging Ecumenically: Reinforcement”