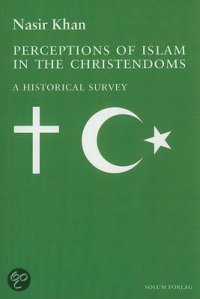 History is contested. Though far from a novel statement, we often need to be reminded that the past is not as clean and easy as our history textbooks make it out to be. This is especially true in matters of religious history and conflict, where seemingly everyone wants to contribute their two cents to hot button issues. Occasionally, however, someone will produce a historical narrative that—while outside the mainstream—remains valuable enough to warrant consideration. Nasir Khan’s Perceptions of Islam in the Christendoms may be one such book.

There is much of value in this volume. In the first place, it is well written and easy to follow, something that cannot be said of every attempt at a historical survey. Khan does an especially admirable job providing a Muslim perspective on the history of Christianity, world history, and Muslim-Christian relations. Books that provide other ways of engaging history—even if they are ultimately disagreeable—are integral to properly engaging the complexities of the past. In this vein, Khan provides a good sense of Muslim interpretations of important events—the Crusades in particular—and how these events continue to shape Muslim perceptions of the West. Finally, he offers some solid reading in the general history of Middle East. Overall, there is much that students of history will find useful in Khan’s presentation.

However, much here also stands in need to critique. Two primary issues loom large throughout this volume: the assumption of modernity and its harshest critiques of Christianity without reciprocity toward Islam and a fundamentally faulty understanding of early Christianity. In the first place, Khan takes a thoroughly modernist approach to history—Marxist it seems, both in term of approach and the laudatory citation of Marx and Lenin. This historiography relies heavily upon considerably older scholarship, especially when it comes to discussing the ills of Christianity. Khan’s primary authorities when considering the history of Christianity are Voltaire, Thomas Paine, and Gibbon. Further, he relies on ‘First Quest’ Historical Jesus scholars—Wrede and Renan primarily—when talking about the historical Jesus. This would be problematic in itself, but Khan also almost entirely avoids similarly dated and perspectival criticisms of Islam. This approach to scholarship is simply not acceptable for something published as recently as 2006. Second, Khan’s chapters on early Christianity are filled with numerous inaccuracies, the most troubling of which is a flawed understanding of the Trinity. For a writer who consistently criticizes Christians for not coming to a proper understanding of Islam,[1] this is disappointing. 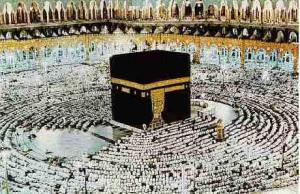 Overall, Khan’s work stands as something of a mixed bag. The most valuable use of Perspectives of Islam may be that it offers a good indication of “where we’re at” in terms of Muslim-Christian dialogue. Whereas many interfaith-minded authors seem to put the best face possible on any given situation, Khan gives what appears to be his honest opinion, no holds barred. In that sense, this book may serve as a valuable source for where Christians and Muslims need to seek further clarification and understanding. This book comes recommended for those thinking about Muslim-Christian dialogue, and those who already possess a solid foundation in the history of Christianity. For other readers, Perceptions of Islam in the Christendoms should only serve as piecemeal source or an example of Muslim perspectives on the history of Christianity.

All opinions in this review belong solely to the reviewer.

7 thoughts on “Book Review: Perceptions of Islam in the Christendoms (Khan)”