Each of these approaches has aspects that cause theological or practical disagreement within the evangelical community. Plan conversion often finds itself critiqued for being too simplistic and easy to manipulate into a salvation of cheap grace accompanied by little real Christian transformation. Lordship conversion has been criticized for being highly arrogant and falling into the well-worn debate between Calvinists and Armenians. Marketing conversion has been labeled as too consumerism friendly and a shift toward highly individualistic and new age thinking. Positive thinking conversion has been linked to New Thought and transcendental worldviews, and has what William Dyrness calls “a deep-seated American tendency to evade and ignore negative aspects of life.” Propositionalism has been critiqued for leading to a seemingly endless debate—what are the non-negotiable doctrinal aspects of Christian belief? 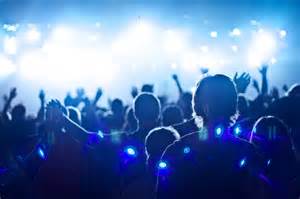 Given the criticism of these views by American evangelicals, we must consider the impact that this continued infighting has had on the broader American culture. Certainly as each of the approaches to conversion has interacted with the American culture at large they have experienced varying degrees of success and understanding. However, we ought to step back and consider the wider impact of these conversion methodologies as a whole on the American context these approaches are seeking to convert. Does the overall disunity of conversion approaches and often radical disagreement (to the point of calling certain views heretical) negatively impact the evangelical faith in general? And if so, to what degree?

Certainly some approaches have been viewed and interpreted by-and-large by culture. Plan conversion-ism seems to be viewed as dated and too old fashioned for today’s context; Lordship conversion is viewed as highly arrogant (even more arrogant than general evangelical culture), and so forth. Perhaps marketing conversion has had the most success in the mega-church movement precisely because it caters to the consumerism-oriented culture. But especially with this approach (as well as all of the others presented here), we must ask about the spiritual reality of these conversion approaches. Toward the end of his article, Leonard about the possibility that “these evangelical morphologies may not be evangelical or perhaps even Christian”, a question that we must ask ourselves in the evangelical context as well.

How Christian is conversion (in the contemporary evangelical American sense)?

One thought on “Converts, Clones, and Disciples”