This post is part of our ongoing series examining Romans, Predestination, and Freewill. 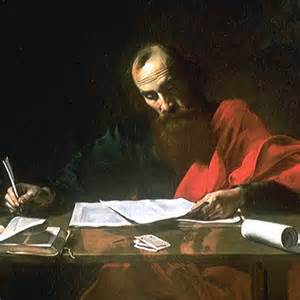 As one can easily see from our previous posts, there exists no common consensus interpretation of Romans 7-9 among scholars and commentators today. However we can note several important factors as well as some of the more widely accepted interpretations of Romans 7-9 and their application to soteriological concerns. As noted in our general review of several Pauline, context, and Romans scholars, the general tendency of modern scholars is to consider Romans 7-9 with regard for its original written context. This includes considerations of the general ancient Mediterranean context as Malina and Pilch noted, Paul’s Jewish context of Remnant theology as Longenecker writes, Paul’s practical missional context as Jewett reminds us, and the over-arching theme of the Letter to the Romans as emphasizing God’s righteousness.[1] The greatest critique of Luther and Erasmus both on this point consists of the fact the neither paid much attention to the context of Paul’s writings or purposes in a broad sense. Verse-bites and proof-texts from various passages of scripture (not just Romans 7-9) are used by both Erasmus and Luther for their theological constructions, usage that would be frowned upon by scholars today.

Concerning more direct treatments of Paul’s message and purposes in his Letter to the Romans, we surveyed Fitzmyer, Dunn, and Wright’s commentaries. For Fitmyer, while there are soteriological concerns that can be drawn from Romans 7-9, interpreters must consider that Paul does not directly have abstract individual soteriology in mind, but rather that he considers election and salvation on a collective level in considering the people of Israel as the people of God. Dunn takes more directly critical view of Luther’s understanding of Romans, offering a strong critique within the New Perspective on Paul of Luther’s interpretation of Romans as ‘justification’ centered. Dunn similarly criticizes Luther’s equation of Paul’s concerns with the Law and Judaism as ‘works righteousness,’ instead offering a corrected view of Judaism and new understanding of the law. Wright offers several perspectives on Romans and its soteriological implications, chiefly that the Paul remains focused on “God’s gospel unveiling God’s righteousness,” and not primarily individual justification. Wright argues specifically against a justification-centered interpretation of Romans 7, arguing instead that Paul there retells the story of God and Israel. Similarly, Wright offers the perspective on Romans 9 that allows the chapter to be understood as not directly concerned with the predestination of individuals for salvation, but instead the question of God’s faithfulness to the people of Israel. For Wright one cannot directly develop an individual soteriological theology from the passages of Romans 7-9, as Paul’s writing focuses on different concerns. Thus we see that each of the commentaries offers strong correctives for the proper understanding and use of Romans 7-9 in formulating a theology of individual predestination and salvation.

While we do not see a unified modern perspective on Romans 7-9, we must note that scholars offer several critiques of Luther and Erasmus’ use of Romans. Perhaps the most universal critique of Luther and Erasmus’ use of Romans 7-9 would involve their general use of proof texts and consideration of material from outside the context of the New Testament, Paul, and the Letter to Rome. Use of texts that stand alone and interpretations of those texts without consideration of textual or cultural context simply does not work will in an academic setting. This is not to say that Luther and Erasmus should be accused on only engaging in poor interpretation, but that their arguments should be re-examined in light of a more contextual understanding of the passages in question. A strong critique of Luther would seem to be in order as well, as his understanding of Romans as a justification-centered letter seems to be under assault from all sides. The New Perspective on Paul, as presented by Dunn and Wright seems especially critical of Luther’s view, arguing that his construction read far too much of the medieval context into Paul’s and that God’s righteousness needs to be understood as the center of the letter. Recent scholarship does not seek to undermine a doctrine of justification based on Romans, though scholars appear to be wary of interpreting the letter as Paul’s formal treatise on the subject.

[1] As especially noted by Elwell, Middendorf, and the Oxford Bible Commentary.

One thought on “Predestination and Freewill: Scholarly Consensus”