In my yesterday’s post, I reflected on some of the answers which have been offered to the “question of suffering,” the query about why there is evil and suffering in the world if there is a good and all-powerful God. In today’s post, I hope to begin crafting an “answer” to this question—not an answer in an absolute sense, but rather an perception and understanding by which we can try to make some sense of suffering and loss.

How do we understand and respond to all of the suffering that we see and experience in the world? Douglas John Hall, in his book God and Human Suffering, makes the claim that perhaps it best to think of certain forms of suffering as somehow innate to the human condition—necessary consequences of the limitations of humanity.1 Put another way, freedom is always freedom within certain boundaries—perhaps human suffering arises due to our transgressing our boundaries.2 Plenty of philosophers have tackled this issue: when free agents are created, true freedom necessitates the possibility of using that freedom to engage in activities which inhibit the freedom of other agents.3 Oxford professor Mike Lloyd argues that a measure of free will for humanity is necessary in understanding the issue of evil and suffering, for without freedom there can be no justice (men cannot be held accountable for their actions unless they are free) and no love (the love of predetermined robots is not real love).4

Of course, this view also runs into problems of suffering arising from action not directed by humans—how does human free will explain accidents or natural disasters? Hillsdale College professor Michael Bauman postulates a “divine proclamation” following the first transgression by a human being—the Fall—a proclamation which fundamentally alters the manner in which the world operates.5 Alternatively, perhaps natural disasters are simply the result of natural geological and environmental factors that by-and-large promote life on this planet. Given either (or perhaps even both) of these explanations for natural disasters within a world of free human agency, it seems possible that considerations of human free will play a role in forming an explanation for human suffering.

From my previous post, we encountered the concept of justice, that human beings desire to see evil punished and good rewarded. We also saw that sometimes suffering appears to unavoidable, though Saint Thomas Aquinas suggests that even otherwise seemingly meaningless suffering may serve some future purpose. The apocalyptic view of suffering suggests that in the end, God will have victory over suffering. Finally, we see that a free will explanation posits that the conditions for sin and suffering are necessitated by the reality of true human freedom being granted by the Creator. In this perspective, human free will within the limits of the created order provides the necessary framework to begin an understanding of the question of suffering and begins to present us with a solution.

Yet, as I underscored in my previous post, here we are not concerned with merely theoretical and philosophical solutions to the question of suffering. We must encounter people where they are, amidst their suffering if necessary. It is here that a uniquely Christian concept—the theology of the cross—must begin to influence our thinking about human suffering. For in the Christian tradition, freedom and love are coexistent: there is no such thing as freedom without love, nor love without freedom. Not only does Christianity speak of a God who loved us enough to grant humans the freedom necessary to love, but he also manifested true love by becoming incarnate man in order to suffer with humanity. The Christian God does not leave humanity to suffer alone. No, God suffers with us: God wills to “be with us, and suffering is our condition.”6 God in Christ became man in order to redeem humanity, and through the most human of experiences—suffering and death—he did just that. The God of Christianity is the omnipotent deity of Aristotle and Anselm of Canterbury, yes. But revealed to humanity, he is also the Suffering Servant, the God who loved his creation so much that he became human and suffered with his creation. This is the hope of Christianity for those suffering— we have a God who suffers with us amidst our own suffering.

This understanding—that God suffers with us—must become the framework through which we view and understand the world. Reality must be understood on reality’s terms. Fortunately, the Christian tradition offers a worldview which accounts for both human freedom and divine interaction in the world: freedom which enables us to work to alleviate the suffering of others and divine interaction which gives purpose to our action and hope to the world. Through the framework of a God who suffers with us, we can better understand suffering. This is not to say that there will not be questions and problems surrounding suffering; nor does it mean that suffering will suddenly disappear overnight. But the presence of an Answerer who joins us in our suffering serves as a great help in making sense of our world the world, combating human suffering, and giving hope amidst the horror of evil. A God who suffers with us does not magically set us free from suffering, but frees us to act against suffering.7 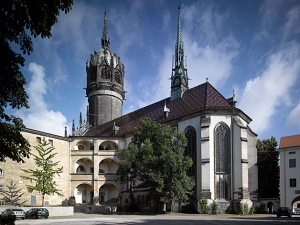 It is this view—that suffering should be viewed through a framework of human freedom and divine intervention in Christ—which provides the best practical solution to the question of suffering. This is the perspective that demonstrates not only a plausible explanation to the question of suffering and offers the framework for a solution to suffering, but also demands our active participation against the causes and effects of suffering. There is a totally good and powerful God. There is evil in the world. And yes, that evil will eventually be destroyed. Yet the hope of eventual freedom from and redemption of suffering cannot lead us to apathy, but must call us to action. For, as Dietrich Bonhoeffer wrote, “The church is the church only when it exists for others.”8

To summarize, my last two posts have attempted to serve as an opportunity to reflect on the question of suffering and to posit an understanding of how we can think about and seek to overcome suffering in our world. While none of the common answers to the question of suffering are entirely satisfactory in themselves, these explanations nonetheless highlight certain concerns which reside at the heart of our thinking about suffering. In considering the role of human freedom, we begin to see a framework through which we can begin to understand suffering in our world. We noted, however, that free will without Christ is an ineffective answer to our suffering. It is only in the suffering of the Incarnate God himself that we can find hope in our current context of suffering and evil. God has the final word in suffering, for he has defeated sin and death in his suffering with us. This understanding does not stop us from asking questions nor does it allow for apathy in the face of human suffering. Our explanation for suffering should enable us to fight against injustice and immorality everywhere. We need to act within the hope given in true Christian freedom, not merely to theologize or philosophize. In Christ we have great hope, a hope given by a God so great and so loving that he suffered with humanity in order to redeem them. Is this a fully developed answer? No. But it is a framework—a worldview—of hope of a final answer granted by Christ through freedom and the cross.