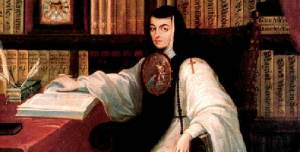 Of the various perspectives within the confines of post-Reformation Church history, perhaps none is more interesting than the writings of Sor Juana Ines de la Cruz. A Catholic writer (and later a Catholic nun) living in the New World during the 15th century (xxiv), Sor Juana’s theological perspective exhibits the increasingly uneasy place of traditional Catholic faith in the midst of the rise of Modernism. Sor Juana’s reflections remain extant primarily in poetic form, though at least one major treatise is available to us. Through our examination of Sor Juana’s writings found in Poems, Protests, and a Dream, we see that Sor Juana conceived of her Catholic faith in terms of increasing awareness of the relationship of faith and reason and the importance of individuality with regard to intellectual and personal faith.

In her most important extant treatise, Response to the Most Illustrious Poetess, Sor Juana (at this time Sor Filotea) offers a response to those suggesting she recant her intellectual and poetic musings, despite having seriously considered a response of silent acceptance (5). In this treatise it becomes clear that for Sor Juana, the relationship of reason to faith is of the utmost concern (11). Her love of learning has driven her to a defense of the learning of women, even if such conviction would drive her to suffering (17). In this manifesto on the intellectual rights of women, Sor Juana advocates a life lived in the “light of reason” that has been offered up to God, concluding that only God knows that the proper relationship between reason and faith (13). In the meantime, she argues, Catholics must form a theology that is informed by reasonable enterprises such as logic, physics, rhetoric, arithmetic, history, law, music, and a number of other disciplines and studies (19-21). 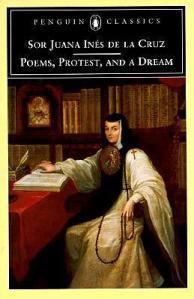 Key for Sor Juana’s understanding of the relationship of faith and reason was her understanding of the differing natures and aptitudes of all people, for which God has made differing keys to heaven (xix). For her, these differences extend to both men and women in such a way that it remains unjust to force everyone toward God in a certain manner (xix). Ultimately, Sor Juana appealed to the tradition of the doctors of the Church as a basis from which women may advocate for their own personal intellectual lives. Agreeing with Doctor Arce, Sor Juana affirmed that “teaching publically from a University chair, or preaching from the pulpit, is not permissible for women; but that to study, write, and teach privately not only is permissible, but most advantageous and useful.” (49) Here she carefully notes that such learning would not necessarily be beneficial for all women, but that women such as herself should clearly be allowed to study, write, and teach privately.

In her poetic writings, Sor Juana dwells on a number of topics and considerations, the vast majority of which we cannot note here. Instead, we must be content to examine some of the various orthodox and individualist tendencies transmitted through some of her works. In First I Dream, Sor Juana affirms her concern for union with Christ, writing “Man, through loving Union,/ should join with the Divine. A favor/ never fully fathomed… (115) Here she allows the mystery of the transcendent to supersede her reason, if only for a time. In her poem In Reply to a Gentleman from Peru, Who Sent Her Clay Vessels While Suggesting She Would Better Be a Man, Sor Juana notes her disdain and rejection for female roles within the American Catholic Church, as well as her growing concerns with the suitability of reason. Sor Juana does not seem to be preoccupied with becoming a male figure or in simply rejecting the feminine, but instead in her disillusionment with the type of women who “may as woman serve a man” (141). In her considerations of reason, she notes her growing awareness of the difficulty of perceiving accurate reason, writing that “My thinking often is obscured,/ among dark shadows ill-defined,/ then who is there to give me light,/ when reason falters as if blind?” (145). 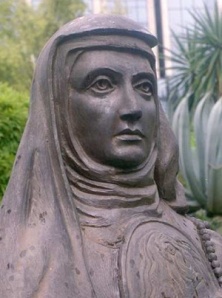 In her play, Lao for the Auto, Sor Juana offered commentary on the Spanish Catholic conquest of the New World. Despite Zeal’s thirst for complete domination of the idolatrous Americas and Occident (201ff), Sor Juana writes that true Christian Religion would act compassionately towards the natives, saying that Religion should act “with all compassion,/ for I would go with tones of peace/ (before unleashing your aggression)/ to urge them to accept my word,/ and in the faith be sanctified.” (203) Clearly for Sor Juana, despite the perversion of the Americans and Occident, true Christian religious should overcome religious zeal and offer clemency and soft persuasion before even thinking about brute force (215). All these works demonstrate Sor Juana’s concerns with the relationship of faith and reason, and with the appropriate understanding of human individuality.

As a final consideration, we briefly note some of what appear to be Sor Juana’s conclusions, though it remains important to note that her life was cut short due in service to her fellow nuns. Concerning the relationship of faith to reason, Sor Juana came close to suggesting a vision similar to that of later Enlightenment thinkers who argues that human reason is limited, partial, and relative and faith is palliative to existential doubt and a lack of reasonable answers (xl). However, it seems that she ultimately held both faith and reason as important within something of a mystical harmony, writing that,  “I looked on nothing without reflexion; I heard nothing without meditation, even in the most minute and imperfect things; because as there is no creature, however lowly, in which one cannot recognize that God made me, there is none that does not astound reason, if properly meditated on” (39). In her lifelong struggle for individual expression, Sor Juana seems to have toed the line of official heresy. She certainly questioned the status quo of Catholic faith, though in a manner that many modern Catholics argue failed to articulate a reformist worldview concerning the place of women within the Church.

In conclusion then, much of Sor Juana’s writings consisted of reflections on the relationship of faith and reason, as well as the Church to allow for great individuality, especially among women. Especially in her poetry and plays, one notes her concern for the proper understanding of reasonable discourse in relation to faith, as well as her desire to revisit claims about the role of women and appropriate treatment of Native Americans. Regardless of her relationship to the hierarchical Church of her day, Sor Juana’s perspectives remain useful in considering the relationship of faith to reason, and a potential corrective to an uncritical approval of tradition.