One of the problems of living in an age saturated with knowledge (or at least the claims to knowledge that circulate the portions of the internet that I seem to inhabit) is constantly running into misconceptions about the history of Christianity, especially about the Medieval Age. As we all probably know from personal experience, it’s hard to have a meaningful conversation with someone who doesn’t speak the same language as you. Similarly, it’s difficult to have an intelligent conversation with someone who begins their thinking with a different set of historical assumptions than yourself. So today I’ve outlined ten of the most pervasive misconceptions about Church History as a means of helping adjust the historical basis from which have conversations about faith. These are misconceptions from every era of Church History, but you’ll note that misconceptions about the medieval period are especially prevalent.

1. Church history began with Martin Luther. Or at least, nothing good happened between the death of the Apostle John and Luther’s nailing the Ninety-Five Theses to the Wittenburg church door. The biggest misconception about Church History is that there isn’t Church History, that there haven’t been Christians throughout the world for thousands of years or that there was no “true Christianity” between the Apostles and the beginning of our preferred denomination or church.

2. The ancient and medieval world thought that the world was flat. Virtually every scientist in the Middle Ages thought that the earth was round (and did some Biblical writers). This perspective is basically an Enlightenment era rhetorical criticism of the “primitive” understanding of the “Dark Ages” — contrasted, of course, with the superiority of “truly rational thinking.” The past was not nearly as backward as some modernists would like you to think it was. 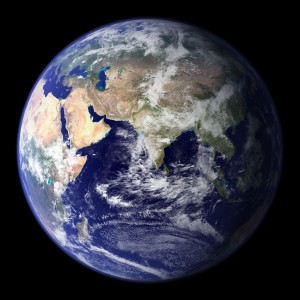 3. Christianity is a Western religion. Christianity didn’t begin “in the West”, nor has it ever been the exclusive property of Europeans (or Americans). There were Christians in the Middle East, Africa, and Asia before any follower of Jesus ever set foot in Europe. Of course, if you’re an English-speaking Protestant, you owe much of your recent Christian heritage to Europeans and Americans. But all modern-day Christians owe a debt to the Christians (and theology) of the East. On this note, sometimes an idea circulates that the Orthodox Churches of the East have fallen into static ruin and are wasting away. Go visit an Orthodox Church to see how wrong you are.

5. Christians never tolerated anything different. And critical, tolerant thinking began at the Enlightenment. This is similar to the second misconception, but typically carries an air of judgment about it. The thinking is that Christians have always suppressed (sometimes violently) anyone even the least bit different and that modern geopolitics and religious toleration is the byproduct of Enlightenment thinking. This story holds, but only if you ignore the history of totalitarian genocide, the unprecedented love of Christians throughout the ages, the politics of Reformation-era Europe, and a host of other factors.

6. Christianity is an imperial and colonizing force. I will be the first person to admit that sometimes Christians have done horrible things in the name of Christ (and, unfortunately, still do). But there is nothing inherently imperial or colonizing about Christianity. Of course, Christianity has been the official religion of several empires. And there has been the ceaseless missionary work of Christians over the past 2,000 years. But proselytizing does not always mean colonialism.

7. Theologians used to argue about how many angels could dance on the head of a pin. This is a fairly common modern criticism of medieval theology in particular. How common? I first heard it from my very pious mother (it’s okay Mom, no one is perfect). However, there is no record of this particular argument ever being had among Christian theologians. The broader meaning implies concern with frivolous topics, but even more obscure questions were not common topics of debate in the medieval Church.

8. People didn’t live past thirty before the rise of modern medicine. This is often based upon a faulty understanding of “life-expectancy” statistics. In the ancient and medieval world, if you made it past two years of age, you were generally set for a life of some 60 or 70 years. The 30-year statistic comes from the higher infant morality rates, not the fact that thirty-nine year old’s were considered “ancient” in the medieval world. Well, at least no more “ancient” than they are now…

9. The Church oppressed women. Yes, there have been some patriarchal perspectives on women by members of the Christian Church. Yet there have also been countless examples of freedom and privilege within the Church unheard of elsewhere. Did you know what women in the Middle Ages could manage property, run businesses, and had extensive legal rights? Or that Jesus single-handedly reinterpreted divorce laws to greatly improve the plight of women? Again, it’s not been perfect. But it’s a far better picture than is often painted today.

10. The writings and art of the past are 100% accurate. People convey meaning from within their contexts, which is necessarily biased in some way. This doesn’t mean that there aren’t historical truths to be found in the literature and learning of the past. But it does mean we shouldn’t just accept as accurate everything claiming to be historical. One of the funny things about this realization is that we moderns tend to be worse than earlier ages at misrepresenting the past. For example, did you know that the Vikings didn’t wear horned helmets? Me neither. Turns out the horns were added by 19th century artists to make the Vikings look more fierce.

There are more misconceptions about the history of Christianity–these are just some of the common ones. There’s no shame in being wrong about something, so long as you are able to learn from your mistakes and move forward. Hopefully, noting this misconceptions can help us all be more accurate in the future. Let us learn, for, as A. G. Sertillanges says, “What is knowledge, but the slow and gradual cure of our blindness?”