Every year in America millions of dollars are spent on “education.”1 We have made K-12 schooling a priority, offered every child the chance at a high school diploma, and, more recently, emphasized the importance of a college degree. Yet despite this commitment of time, energy, and money not only are students falling behind internationally on test scores2 and graduating high school unprepared for college,3 but they are also often graduating college unprepared for their careers.4 This has lead many people to conclude that how Americans do education needs to change. Part of the solution to our education woes, I would suggest, is more precisely determining what is meant “education.”

As of right now, almost no one is asking what an education is for. We merely accept the premise that we go to twelve-plus years of mandated school and then at least two more years at a community college before we can get a “real job.”5 As a culture we have accepted that somehow the conferral of a college degree means students are prepared for the real world and real jobs. As part of our drive to measure student success in terms of degrees earned, much of contemporary “education” prioritizes grades instead of learning, the “experience” instead of the hard choices which may make us better human beings, criticism and innovation for the sake of critique and modification,6 and instruction on what to think instead of how to think. In other words, our culture assumes that the means we have in place to educate will inevitably lead to the end of a useful education, so long as the appropriate steps are checked off.

But what is the purpose of education, if not checking off boxes en route to a degree?7 The English words “education” and “educate” come from the Latin educatus, which is etymologically derived from the Latin duco, meaning to lead, guide, think, or consider. To educate, therefore, does not merely mean learning facts and figures, but also how to reflect upon such information in such a way that it leads and guides our lives. A true education is a meaningfully applicable education, not just in an informative sense, but also in a formative sense. That is to say, a valuable education will teach you not what to think, but how to go about thinking.

What Type of Education?

Once we understand the purpose of education, we may further investigate what kind of education we should pursue. Given the different goals of different people, it should not surprise us if the answer to this question varies from person to person, something we seem to have forgotten in an attempt to create a one-size-fits-all education system here in the United States. To best fit the needs of a diverse group of people interested in a diverse set of vocations and careers, we may need to adopt specialized forms of schooling which match specific people and interests with specific types of academic and technical education.8 Since as a country we seem committed to providing students with, at the very least, a high school degree, it would make sense to begin these specializations during high school whenever possible. Yet in an attempt to further specialize the education of future generations, educators cannot forget the importance of a solid, well-rounded, critical-thinking foundation, the type of education best provided for by the liberal arts. 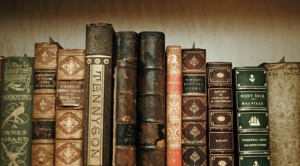 The term “liberal arts” comes to English from the Latin, where artes liberales meant something akin to the “works or skills of the free man.” Traditionally the liberal arts have included the trivium (grammar, logic, and rhetoric) and the quadrivium (arithmetic, geometry, music, and astronomy), though today the term often implies the study of the humanities (language, literature, history, philosophy, and religion), the social sciences (psychology, sociology, economics), and the hard sciences (arithmetic, biology, chemistry, physics). While some have criticized a liberal arts education as overly broad in today’s increasingly specialized marketplace, and some may wonder why this article advocates broad education after just trumpeting the importance of specialization, a good liberal arts education remains primarily concerned with forming total human beings. While students with a liberal arts education are encouraged to master a broad range of subjects, more critical to a real education is reflection upon the meaning and purpose of life more broadly, and dedication to the pursuit of goodness, truth, and beauty. In the words of Pascal-Emmanual Gobry:

Only by first understanding not only the empirical scaffolding of our Universe–a.k.a. science–but also its conceptual scaffolding, a.k.a. the ideas, concepts and history which shape the world we live in, can we ever hope to be free, that is to say to be able to make informed, conscious decisions.9

A good liberal arts education is never merely “an education for education’s sake,” but rather the cross-topical lessons which may be learned via the liberal arts. For example, several months ago I came across an algebra book while working at the Wake Forest University library. My first thought was, “Ah, another day has gone by and I haven’t used those algebra skills which I worked so hard on in high school and college.” But upon further reflection, I realized that I do use my algebra education every day, though not to solve for x (or to ask y). Instead, I use the analytical skills, the practice of reviewing work, and the discipline of pursuing a task until its completion in nearly everything that I do. Thus, while I do not have to remember the quadratic equation to make it through my day, the tools I developed through my study of algebra continue to impact my life and work, and those skills are the lasting value of a liberal arts education.

As a nation invested in human freedom, our society must begin re-investing in true liberal arts education, and not what often passes for liberal arts education, where students “pick two” from a variety of source offerings. Christians should likewise be invested in the life of the mind from which the liberal arts develop. Historian Mark Noll reminds us that, “Medieval monasticism along with the Protestant Reformation has been among the most influential moments in the history of the church” because of their cultivation of critical thinking and scholarship.10 This means re-thinking our educational priorities—not merely trying to encourage STEM11 degrees, but also offering students an opportunity to understand why those skills are meaningful and the histories behind the ideas which make our world work.

True education does not consist of either abstract knowledge or practical skill, but rather the combination of both. Valuable education does not mean indoctrination into the way everyone else learns and thinks, nor does it mean knowledge divorced from morality. In the words of Michael Bauman:

Education is an achievement, not a gift. No one can give it to you. You must get it. Education is learning not just how things work, but what they are for. Education is the ability to distinguish truth from error, good from evil, better form best, and sense from nonsense. Education is not simply acquiring information; it is acquiring wisdom. Education is your way out of group think not into it12

Sources: 1 Kena, G., S. Aud, F. Johnson, X. Wang, J. Zhang, A. Rathbun, S. Wilkinson-Flicker, and P. Kristapovich. “The Condition of Education 2014 (NCES 2014-083).” U.S. Department of Education, National Center for Education Statistics. 2014. http://nces.ed.gov/pubsearch. 92-95. 2 Layton, Lyndsey. “U.S. students lag around average on international science, math and reading test.” Washington Post. December 3, 2013. http://www.washingtonpost.com/local/education/us-students-lag-around-average-on-international-science-math-and-reading-test/2013/12/02/2e510f26-5b92-11e3-a49b-90a0e156254b_story.html 3 “The Condition of College & Career Readiness: National.” ACT Online. 2012. http://media.act.org/documents/CCCR12-NationalReadinessRpt.pdf 4 Wallace, Gregory. “More Americans feel graduates unprepared after college.” CNN.com. September 19, 2013. http://money.cnn.com/2013/09/19/pf/college/college-preparedness-study/ 5 I realize there are exceptions to this, namely in more rural communities such as the one I grew up in. 6 Roth, Michael S. “Young Minds in Critical Condition.” New York Times. May 10, 2014. http://opinionator.blogs.nytimes.com/2014/05/10/young-minds-in-critical-condition/?_php=true&_type=blogs&_php=true&_type=blogs&_php=true&_type=blogs&_php=true&_type=blogs&_php=true&_type=blogs&ref=opinion&_r=4 7 As will be clear below, I am not suggesting that technical training and/or workplace instruction do not count as education, only that the terms of the current conversation must be clarified. 8 The Mike Rowe Works Foundation is a leader in this type of thinking. 9 Gobry, Pascal-Emmanual. “It’s Urgent To Put The Liberal Arts Back At The Center of Education.” Forbes. June 13, 2014. http://www.forbes.com/sites/pascalemmanuelgobry/2014/06/13/its-urgent-to-put-the-liberal-arts-back-at-the-center-of-education/ 10 Noll, Mark. The Scandal of the Evangelical Mind. Grand Rapids: Eerdmans, 1995. 45. 11 STEM stands for Science, Technology, Engineering, and Mathematics. 12 Bauman, Michael E. “Critical Thinking and Education.” Lecture at Summit Semester Critical Thinking Program, Pagosa Springs, CO, October, 2009.