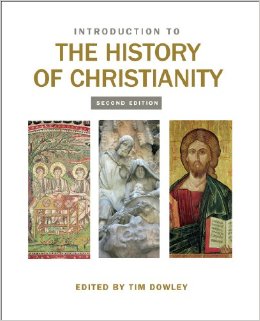 Writing history is something of a difficult task, in no small measure due to the incredible amount of information that historians must shift through and subsequently leave out when offering their account of the past. Even a rote retelling of a single day in the life of a human leaves out certain contexts and events which occurred; how much harder is summarizing hundreds or thousands of years filled with the lives of millions of human beings and condensing their stories into mere pages. And yet, this is the task to which historians devote themselves. And it is the historical project of the Christian Church to which Tim Dowley and his team of contributors turn to in the second edition of the Introduction to the History of Christianity (Fortress Press: Minneapolis, 2013).

Beginning with Jesus and his earliest followers and tracing the growth and development of Christianity across time and place, the Introduction to the History of Christianity provides a detailed historical reading of the highlights (and lowlights) of Christianity throughout the ages. This introduction reads more like a “chronological encyclopedia” than a typical introductory survey, with over fifty scholars weighing in on various persons and events in the church’s history. This is perhaps this Introduction’s greatest strength, as it helps alleviate the common critique of scholarly bias by providing a voice to numerous viewpoints and specialists. For example, in the discussing the Protestant Reformation (pg. 304-25), one contributor notes the influence of the Reformation in Ireland, and another offers insight into Post-Reformation Church Architecture, two topics which one rarely sees in an introductory work. This is but one example of the impressive breadth and depth this volume offers.

The Introduction to the History of Christianity comes full of useful maps and charts, with excellent illustrations and pictures throughout. Perhaps most helpful to an introductory student are the several timelines within this book, which offer a chronological look at how important Christians and historical events line up with each other and world history more broadly. Even more beneficial are the numerous topical and personal periscopes which fill the pages of this work, offering in-depth insights into the context of the church, the lives of great Christians, and various theologies and events of importance. As a soft-cover book weighing in at just over 600 pages, this work seems to offer the best combination of efficiency and sturdiness, making it a cost-effective tool for classroom use.

While the first few chapters of this survey perform admirably in summarizing the earliest followers of Jesus and the dissemination of the Christian message within the Greco-Roman context, more attention could have been given to the historical and theological background of Christianity. Most useful would have been a brief history of Second Temple Judaism. Obviously one must draw the line somewhere on what to include in a survey such as this, but leaping directly into someone as important as Jesus without any back story seems less than ideal. After all, not even our canonical gospels do that. 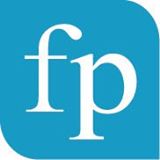 These minor issues aside, the Introduction to the History of Christianity is highly recommended. This work serves as a superb introduction to church history, and even specialists and historians will glean useful information from this tome. Personally, I will continue to use this work as a resource for my own work, and will strongly consider it as a candidate for year-long courses on the history of Christianity.

I received this work from Fortress Press in exchange for my honest review. All opinions expressed are my own.