This post is part of our ongoing series on Head Coverings in Corinth. 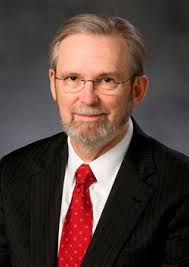 Contextually, Hays emphasizes the importance of reading First Corinthians with the consciousness that modern readers are eaves dropping on a portion of an ancient conversation between Paul and the church at Corinth.[1] Concerning his approach to the text, Hays writes that interpretation involves a “process of distancing ourselves from the text enough to see its foreignness and then allowing the text to draw near again and claim us.”[2] Regarding Corinth, he notes the importance of remembering that Paul’s Corinth existed as a commercial city full of sporting games that was well acquainted with political prowess.[3] Additionally he argues for contextualizing Corinth as a colonial city full of people seeking upward mobility.[4] Socio-religiously, Hays indicates the importance of understanding the diversity of deities and centers of worship within Corinth, especially the Corinthians reputation (at least among the Athenians) for sexually promiscuous worship and the Jewish presence within the city.[5] Also noteworthy was the apparent socioeconomic diversity likely represented within any given house church.[6] Hays locates two occasions for Paul’s writing to Corinth, the first of which was Paul’s reception of a letter from “Chloe’s people” concerning dissensions among the Corinthians on matters of sexuality, legal disputes, abuses of the Lord’s Supper, and controversies concerning the resurrection of the dead.[7] Additionally, the Corinthians had written Paul asking for advice on sex within marriage, food sacrificed to idols, spiritual gifts, and Paul’s collection for Jerusalem.[8] As Hays understands it, this two-fold communication from the city indicated to Paul a church in a moment of division and crisis—hence his multiple letters to the congregation.[9] Paul’s response to these issues are framed within theological terms, however it seems clear that not every concern would have been understood by the Corinthians as a necessarily theological issue, perhaps causing even greater divisions in the church.[10]

Turning from context to commentary, Hays understands First Corinthians 11.2-16 to have been an original part of the letter[11] that Paul wrote as a response to something that the Corinthians had written him.[12] Noting the trouble that the interpretation of this passage has long given commentators, Hays writes of the impossibility to form a fully confident interpretation of the passage.[13] Apparently Paul had taught the Corinthian church something about the removal of distinctions between men and women in worship and they had applied such equality to other practices, a position that Paul sought to reverse with this section of his letter.[14] Hays writes that “Rather than endorsing the freedom of the women to prophecy with unbound hair, he instructs them instead to maintain the discipline symbolized by head coverings.”[15] Thus he understands Paul to endorse the freedom of women within the congregation to pray and prophecy, though only with the appropriate headdress.[16] Hays sets verses seven through nine[17] against verses eleven and twelve,[18] writing that these thoughts provide counterpoints in Paul’s vision for the Corinthians.[19] Women are not required to be subordinated to men—though Paul seems to presuppose a hierarchical ordering. Instead there should exist a symbolic distinction between the sexes in order to avoid bringing shame on the Corinthian community.[20]

Hays writes that a woman letting down her hair would have been considered the conscious discarding of a traditional marker for gender distinction, which could have jeopardized the church’s relationship with the Corinthian community.[21] Hays writes that whatever the head covering was, it symbolized a woman’s femininity and her inferior status as female, and that to discard such a marker was tantamount to rejecting confinement and enter the realm of freedom traditionally reserved for males.[22] Hays advocates a strongly hierarchical reading of the term κεφαλη in verse three, arguing for a hierarchical understanding of Christ over man, man over woman, and God over Christ.[23] For Paul, the uncovering of one’s head was not merely a sign of individual freedom or autonomy, but a sign of disrespect for one’s superior within the hierarchy.[24] Thus Hays understands one of Paul’s concerns with women who pray or prophecy with their heads uncovered to be their shaming men within the congregation.[25] Ultimately, married or unmarried, women in the Corinthian congregation were expected to cover their heads in worship and men were not, in order to keep from shaming those higher up the hierarchy.[26] Hays emphasizes a re-thinking of the translation of κατακαλυπτεται as “covering” not “veiling,” arguing that Paul’s concern with the covering of a woman’s head likely entailed concern with her hair, as it would have been abnormal in Greco-Roman culture to cover one’s head during worship, whereas loose hair would have been shameful, even connoting prostitution.[27] The issue may not have been strictly the social custom of covered heads, as the symbolic confusion introduced by women with loose, disheveled hair would have been disgraceful in Paul’s eyes.[28] Hays reads Paul’s argument in verses four through six strictly in terms of honor and shame in the Greco-Roman context, as the “problem was that some of the Corinthian women were acting in ways that brought shame on the community by blurring the traditional lines of gender distinction and/or by appearing to act in a disgraceful or disorderly manner.”[29]

Along with his primary honor/shame based argument in favor of symbolically covering women’s heads, Hays notes Paul’s inclusion of theological, angelic, socially-distinct, nature, and tradition based arguments for the covering of women. Arguing from Genesis in verses seven through nine, Paul argues that women with bound-up hair appropriately symbolize their relation to man within creation and their gendered distinction.[30] To do otherwise, for Paul, is to efface the created distinction between men and women and to damage the man’s bearing the image of God.[31] Concerning angels, Hays writes that Paul apparently understood them to be included in communal worship, though much of whatever sense such a claim would have made to the Corinthians appears to be lost to our modern reading.[32] In verses eleven and twelve Paul notes different acceptable ways of acting within varying social settings.[33] For even though Greco-Roman social decorum required men and women to maintain symbolic distinctions that were rooted within the created order, Paul allowed that in “in the Lord” men and women live in mutual interdependence.[34] Here Hays argues that here Paul supports functional equality of men and women within the church, and that “women are free to pray and prophecy and exercise leadership of all sorts through the guidance of the Spirit, so long as they maintain the external markers of gender difference, particularly with regard to head coverings.”[35] Paul’s appeal to “nature” appears to be his rhetorically ironic indication that, with the philosophical wisdom that the Corinthians prided themselves on, their behavior should be different while they live in expectation for the return of the Lord.[36] Finally, Hays notes that Paul’s appeal to the tradition of the other churches appears to be a final argument from the paradigm of honor and shame, though instead of social shame, he appears to employ potential shaming from the perspective of theological tradition among “those who in every place call on the name of the our Lord Jesus Christ.”[37] 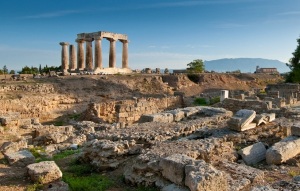 Having examined Hays’ interpretation of First Corinthians 11.2-16, we turn to the conceptions of the human body found in this passage. For Hays the diversity of the Corinthian socio-religious context and reputation of sexual promiscuity in worship led Paul to attempt to distinguish between Corinthian Christians and other Corinthians in concrete ways. Therefore while Paul accepts that female bodies are not necessarily inferior to male bodies (though presuming some form of created ordering), he nonetheless calls for a symbolic distinction between the sexes in order to avoid bringing shame to the Corinthian community. The social impact of female bodies is a key concern for Paul in this passage—though it remains important to note that for Hays he is not interested in delineating a specific body theory, only the practical workings of female bodies in relation to the Corinthian congregational body. The social impact of head coverings is that they enable female Corinthian Christians to remain honorable within the wider Greco-Roman context of Corinth. This underlies the importance placed on proper head coverings, which Hays understands to be traditional markers of gender differentiation. Men and women may be equal before God, but they must symbolically stand distinct within Greco-Roman society. The hierarchy of the Greco-Roman context remains so ingrained in Corinthian society that to totally do away with the social hierarchy of gender distinctions was to (symbolically at least) do away with Greco-Roman society in a way that would ostracize the Christian community. Therefore, the female body, though theoretically equal with male bodies in Christ, should remain subordinated socially through the symbol of gender, even during Christian worship. Hays’ further reflections on Paul’s arguments from creation and social distinctiveness enforce this conception of socially gendered bodies designed to operate within the paradigm of Greco-Roman honor and shame. Thus while in Hays’ interpretation Paul supported functional equality of men and women within the church, including allowing women to pray and prophecy and exercise leadership through the guidance of the Spirit, he allowed such action only by maintaining the symbolic and external markers of gender distinctions.