By the early fourth century, the Christianity had spread across the Roman world with surprising speed, tenacity, and relative uniformity of belief. While the early Church was by no means completely uniform in doctrine, belief, or practice, the vast majority of Christians professed what has become known as Christian Orthodoxy.[1] Heresies such as Docetism, Ebionism, Gnosticism, Marcionism, and Montanism, while threatening the fledgling Church, were never serious threats in the way that the Christological controversies of the fourth and fifth centuries were. Chief among the divisions in the fourth century was the question of the deity of Jesus of Nazareth:[2] was the founder of the Church human? Was He divine? Was He somehow both? The answer to this question was important for historical reasons, but was even more important for its soteriological implications.

Soteriology is quite literally “the doctrine of salvation.”[3] But by the fourth century, there were many doctrines of salvation. Some Christians, such as Paul of Samosata, denied that Jesus was fully divine; the Gnostics denied that Jesus was actually human; Arius proclaimed that while Jesus was God, He was created and not eternal. Within this debate about the divinity of Christ, salvation became a very important concern, as the various sides of the debate used soteriology to provide support for their respective positions.[4] The kerygma (proclamation) of Christianity had always centered on Jesus Christ as the source of the good news of the true God and salvation for all who believed in Him.[5] It is not surprising, therefore, to see that in the midst of even the most technical and philosophical debates, the early Church was greatly concerned with understanding the soteriological implications of orthodox Christian Christology.[6] Since each competing Christological claim appealed to the words of scripture for support, the Church looked to their history in order to answer the question of what salvation mean for earlier followers of Jesus.

Making sense of pre-Nicene writings on soteriology does not come easy, in large part due to the context of the pre-Nicene Fathers, who were often far more concerned with addressing a specific question or theological position than outlining a systematic doctrine of salvation.[7] Because of the “occasional” nature of most early Christian writings (including those now found in the New Testament), the formation of specific salvation-related doctrine took a relatively long period of time. J.N.D. Kelly writes that, “Indeed, while the conviction of redemption through Christ has always been the motive force of Christian faith, no final and universally accepted definition has been formulated to this day.”[8] While this does not mean that specific ideas (doctrines) concerning salvation were not held by the earliest followers of Jesus, it is clear from a historical review that they were concerned more with other issues (such as the propagation of the news of Christ’s resurrection) than with the development of soteriological doctrine. For example, the notion of atonement, that Christ took sins of humanity upon Himself in order to make them right before God, is attested among the writings of the earliest Church Fathers, though the focus of these statements tends to involve the central salvific elements (the life, death, and resurrection of the Lord) than issues of sin, atonement and what it means to be “saved.”[9] 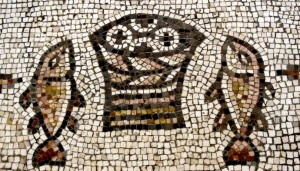 The second century saw the rise of the Apologists and with them a more systemized view of salvation, including an emphasis on body-soul duality, reflections regarding human nature, the impact of Adam’s sin of human freedom, and the importance of Christ’s work on the cross.[10] Following the lead of the Apostle Paul, many of the Church Fathers viewed Christ as the second Adam, who obeyed God where the first Adam had disobeyed and fallen.[11] As early as Justine Martyr (d. 165 CE) and Irenaeus of Lyons (d. 202 CE) we see the importance of a Pauline soteriology within the Church.[12] Questions still remained about the specific roles of God and humanity within the working out of salvation, though many early Christians appear to have viewed this relationship as no large problem. Maurice Wiles writes that for the Early Church Fathers, “the initial, objective saving act of Christ, the preaching of the word calling forth the response of faith, even the endowment of man with freedom of the will which makes a response of faith a meaningful possibility –all these were evidences of the prior working of the grace of God to which the man who responds contributes nothing. The response of faith alone was man’s part. It might be only a small thing, no greater than a grain of mustard seed. But it at least must be man’s part.”[13]

Most early Christians, prebuteroi or otherwise, seem to have lived with a fairly basic understanding of soteriology. Beginning with Tertullian of Carthage, however, deeper investigation into specific aspects of soteriological doctrine began to circulate within the Church.[14] Philosophical language and concepts began to find more frequent use among the Fathers, and soon after the Fathers began teaching that “Christ suffered for our sins, healing our wounds and destroying death by His blood, and that we have been restored to life and our sins purged by it.”[15] In the East, theologians such as Origen and Methodius debated the effect of Adam’s fall and its impact on human freewill, death, and the new Adam of Christ.[16] This eventually coalesced into statements indicating that, “sin called for a propitiation, and Christ stepped forward as ‘a victim spotless and innocent,’ propitiating the Father to men by His generous self-oblation.”[17] The developments in thought, influx of philosophical language, and challenges of geographic distance eventually led to different Christian centers processing different (at least slightly) beliefs regarding the person and work of Christ in human salvation.[18]

While God in Christ was widely viewed as the sole source of salvation during the first three centuries of Christianity, the growing divergence of thought exploded into full-fledged Christological controversies prior to the Council of Nicaea (325 CE).[19] Even though the central debate of Nicaea was between the Athanasian (orthodox) belief in Jesus as fully God and the Arian perspective in Jesus as created being, one of the central tenets of the orthodox position was the soteriological impact of the person of Christ. [20] In a word, the orthodox party argued that one which is created cannot save other creatures; extrapolating this principle, the council argued that if Jesus were not fully God, his death on the cross would have been soteriologically worthless.[21] This principle is best summarized by Gregory of Nazianzus, who wrote that “what Christ has not assumed he has not healed.”[22] The words of the Nicene Creed, that the Son is “begotten, not made” and “of one substance [homoousious] with the Father,” thus profess that Christ is divine, eternal, and coexistent with the Father.[23]

While Greek words such as homoousious had been used several hundred years prior to Nicaea,[24] the Council with its use of philosophical language and argumentation became the standard for theological discourse afterward.[25] For the three ecumenical Church councils (Constantinople, Ephesus, and Chalcedon), use of Greek technical terminology consumed the Church.[26] This has led some, Wiles for example, to suggest that the theology of the Church capitulated to Greek philosophy, transferring the Church from her Jewish roots to wholly Hellenistic ones.[27] Other historians, such as McCulloch and Olson, have noted the increasingly imperial nature of Christianity at this time, positing that at least the “official” Christian faith of the councils became more Roman and less the faith of Jesus of Nazareth.[28] Yet this type of analysis seems somewhat short-sighted (and perhaps more intent upon finding corruptions within the Church than anything else).

The Church Fathers undoubtedly saw the world through Greek philosophical terms and ideas, but we must not assume their conclusions are any less valid than those formed within a Hebrew context without critical discussion.[29] The historical reality is that most of the Christian writers of this period did not explain the work of Christ purely through philosophical terminology; to miss this critical fact and interpret their theology only through this avenue is to mistake the means for an end and miss the deeper realities of the countless treatises of the early Church. We must not forget that the creeds were written to benefit the Christian faith and exclude various forms of heresy from the Christian family, not provide the fullness of all doctrine for all of time. They are a place to start, boundaries to work within, and directed toward specific concerns and worldviews. As Wiles writes, the creeds were “never intended to minimize the essential personal nature of God’s act or man’s response.”[30] This should not denigrate the creeds, but rather free them from their oft-harangued position as “out of date” or “too traditional.”

The work of salvation is certainly a complex issue about which questions remain even today within the Christian tradition. Along with the Philippian jailer, we still ask “What must I do to be saved?” While those who argue that creedal faith requires different language and presuppositions than Biblical faith sometimes have legitimate concerns,[31] there is ample Biblical, historical, and philosophical evidence upon which we may base our soteriological doctrine. Let us continue to reflect and explore those beliefs.

This essay was modified from one presented to Dr. Margaret Yee at Trinity College – Oxford University in 2011.