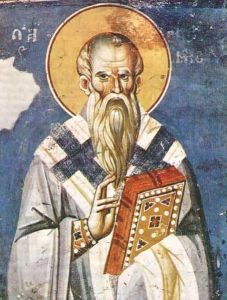 The third level of authoritative correspondence includes “stream of thought” and “somewhere” references. These citations cast their source texts as implicitly authoritative: not so important that they bear explicit mention but important enough to creatively insert into the discussion at hand.[1] Many times use of a particular text will occur in a stream of thought, a series of references to the argument of a source text but without clear indication of that text.[2] David Downs has demonstrated such a use of Romans 5-6 in 1 Clement 32-33, which expands upon Paul’s teaching on justification through repeated return to the language and authority of Romans.[3] Such references often appear in slightly modified form, since it is the meaning of the text rather than its explicit authority to which an author appeals.[4] Finally, there is the ever enjoyable που reference, where an author offers a citation located “somewhere” but without knowledge (or care) from whence it came. 1 Clement 28:2-3 employs this formula, saying “For the Scripture somewhere says, ‘Where will I go and where will I hide from your presence?’”[5] END_OF_DOCUMENT_TOKEN_TO_BE_REPLACED

The authoritative correspondence spectrum constitutes the third and final method of tracking how texts were received by other ancient texts. This spectrum ranges from obviously high attributions of authority to unknown levels of authority. I say “unknown” authority rather than “no” authority because texts which are utilized by others are prima facia accorded some measure of authority.[1] A lack of clear indicators, however, makes the assignment of exactly how much authority difficult to accurately represent. Consideration of authority also raises the issue of functionality, and in large part, an authority correspondence indicates how one text functions in another.[2] On this Christopher Stanley says, “Words are spoken (or written) with the aim of doing something to the hearer(s), that is, evoking some sort of response.”[3] END_OF_DOCUMENT_TOKEN_TO_BE_REPLACED

The most amorphous and difficult to trace form of thematic correspondence is the thematic echo, where certain words or short phrases used in one text appear in another.[1] These resonances are particularly difficult to place when multiple sources employ the theme or when the text using these echoes employs different themes in close proximity.[2] As an example of multiple possible sources using one theme, consider Romans 10:7, which reads “or ‘Who will descend into the abyss?’”[3] One could argue that here Paul was using Deuteronomy 30:13 (“Who will cross to the other side of the sea for us and get it for us?”),[4] Baruch 3:30 (“Who has gone over the sea, and found her, and will buy her for pure gold?”),[5] or the Wisdom of Ben Sira 24:5 (“Alone I compassed the vault of heaven and traversed the depths of the abyss.”).[6] END_OF_DOCUMENT_TOKEN_TO_BE_REPLACED

Typology involves an ancient author’s building upon a specific concept, idea, or symbol found in another text.[1] This is among the most common thematic correspondences, where a writer takes a particular theme and makes it the point of their writing.[2] 1 Clement does this concerning the theme of concord (ὁμόνοια), weaving a range of citations into his discussion. Ancient writers employed a variety of typologies, including literary, theological, and historical themes.[3] Particularly common were Summaries of Israel’s Story, which would often trace a particular theme throughout Israel’s history.[4] Even more widespread were brief mentions of persons and circumstances, drawing thematic connections between an ancient exemplar and the contemporary audiences of a writing.[5] END_OF_DOCUMENT_TOKEN_TO_BE_REPLACED 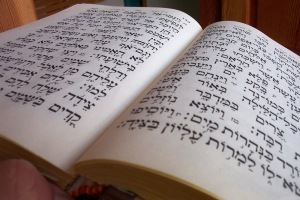 Brugge’s final category—rewriting—is far and away the most discussed method of thematic explication, in no small part due to Geza Vermes’s creation of the category of “Rewritten Bible” and the ongoing discussion of that term, its usefulness, and meaning.[1] Sidnie White Crawford defines rewritten bible as “a close attachment, either through narrative or themes, to some book contained in the present Jewish canon of Scripture, and some type of reworking, whether through rearrangement, conflation, or supplementation of the present canonical biblical text.”[2] END_OF_DOCUMENT_TOKEN_TO_BE_REPLACED

The second axis on the three dimensional plane is thematic correspondence, where topics, tropes, and themes serve as the basis for determining the use of one text in another. Thematic correspondence ranges from thematic explication—where writings build upon and expand sources—to typology—where a specific concept is utilized—to thematic echo—where passing references to themes are made. In contrast to commentaries or sermons—which talk about the text in question—thematic correspondence talks through the medium of the text. END_OF_DOCUMENT_TOKEN_TO_BE_REPLACED 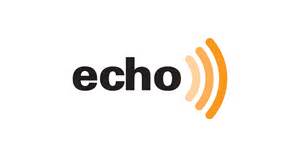 Echoes are made up of a single significant term, enough to make an inquisitive reader or hearer think about another source, but without the enough evidence to confirm that suspicion and leaving open the possibility of another textual source.[1] These reminiscences are too faint to carry the indicative character of quotations and allusions. Indeed, Paul Foster has questioned whether echoes are anything beyond creative contemporary theological reflections upon ancient texts with no basis in the actual intention or meaning of an author or their text.[2] The possibility of non-literary ideas (or ideas freed from their literary contexts) calls into question any methodology which utilizes echoes as a substantial foundation for making claims about ancient authors, their audiences, or intended meanings.[3] END_OF_DOCUMENT_TOKEN_TO_BE_REPLACED

Quotations involve four or more significant terms.[1] Significant terms are distinguished by their uniqueness to a text,[2] as in the case of 1 Clement 25:2’s mention of the φοίνιξ (the phoenix). A Thesaurus Linguae Graecae search reveals this term applies to a bird in only in Hesiod and Herodotus prior to 1 Clement, making it rather likely that Clement’s use of this term reflects one of those authors.[3] General terminology—such as articles, prepositions, conjunctions, extremely common verbs, and non-specific nouns—does not necessarily weigh heavily when considering verbal correspondences. Common phrasing and word order might prove helpful, though these factors are ultimately secondary in importance given the relative fluidity of Hebrew, Aramaic, Greek, Latin, and Syriac sentence construction.[4] In spite of the fact that several ancient authors reflected on the practice of literary quotation—including Aristotle, Quintilian, and Longinus—“no clear theory of quotation emerges from the [ancient] handbooks.”[5] Verbal quotation does, however, given the impression of conveying meaning to an audience,[6] even in cases of modified verbal characteristics of the quotation.[7] END_OF_DOCUMENT_TOKEN_TO_BE_REPLACED