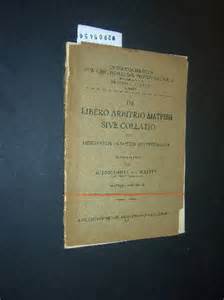 Written in 1524 as a response to Martin Luther’s Assertio omnium articulorum, in which Luther wrote that “everything happens by absolute necessity” (Watson, 13), [1] Erasmus’ De Libero Abritrio Diatribe Seu Collatio offers Erasmus’ fullest treatment of his theological anthropology, namely that human freedom must coexist with the divine will in matters of salvation.[2] As much has been written on this topic, our purpose here does not include considerations of Erasmus’ arguments concerning the will. Instead, by our review of Erasmus’ theological construction in this work we hope to demonstrate his perspective on scripture, canon, and authority. He begins this work by noting his limitations, immediately noting the difficulty in examining difficult passages and concepts, arguing that extreme care must be demonstrated in the interpretation of scripture (Diatribe, 35-7). Appealing to the “inviolable authority of the Holy Scriptures” and “decrees of the Church,” Erasmus nonetheless concluded that there are “secret” places in the scriptures that God has not wished men to fully understand, and that attempts to understand such passages lead to confusion of human minds (Diatribe, 37-8). While allowing for a certain degree of probability in the interpretation of scripture, Erasmus made clear his understanding that uncertainty does not necessarily undermine Christian faith, instead functioning as a means of humility and caution (Diatribe, 39). END_OF_DOCUMENT_TOKEN_TO_BE_REPLACED

Erasmus of Rotterdam was the superstar academic of his era. Writing in a witty and generally well-received manner, he propagated the message of Classical Humanism throughout Europe, including calls to ad fontes (back to the sources) humanism and Church reform. This essay focuses on the Erasmian concepts of the Philosophy of Christ and the reform of the Church found in Sileni Alcibiadis (1515) and Paraclesis (preface to the Novem Testamentum, 1516). Evident throughout both of these works is that Erasmus believes adherence to the Philosophy of Christ will cultivate better Christians who are willing to reform the Church in accordance with the roots of faith in Christ.

Beginning Sileni Alcibiadis Erasmus compares several historical “sileni,” figures that outwardly were unimpressive or ugly but were in reality deities or important characters, with the late medieval Church. Taking note especially of Christ’s humble, unassuming, and servile character and life, Erasmus contrasts the extravagant, expensive, and warring Church of Rome with the character and life of true Christians. The Church has forsaken the “sileni” nature and character of Christ and has pursued the “worldly” pleasure of wealth, power, prestige, and land. Rome has forsaken the “pearl” of the message of Christ in favor of the gold and the riches of Old Imperial Rome. Forsaking inner values that are in accordance with the Gospel, the Church has turned to gold and political power. Those who claim to represent the Apostles do not live in the manner that the Apostles lived, nor do the things the Apostles do.[1] Clearly from Erasmus’ perspective the Church was in need of a reform movement. His suggestions for reformation are in line with his general Classical Humanist program, in that he desires that the Church return to her roots in Christ, the Gospel, and the writings of Holy Scripture. Erasmus’ most enduring work, the 1516 Novem Testamentum edition of the Greek New Testament that was the foundation for numerous subsequent translations of the New Testament, represents an integral part of his program of reform, as he desired that the Church return to the basics of the faith. END_OF_DOCUMENT_TOKEN_TO_BE_REPLACED