The third methodological foundation for historical theology incorporates aspects of an ordered approach to the study of the past. This is the great legacy of the Modern era on the study of history: a scientific approach to history should be consistently, broadly, and objectively (as possible) applied. History is not apologetics, though it may be employed for apologetic purposes. One should not fail to subject one’s own religious beliefs or practices to the consequences of historical methodology,[43] although, as Schaff notes, this is not quite the same thing as assuming that all viewpoints are equally problematized by historical study.[44] Especially important is nomenclature, which must be appropriately descriptive, adequately precise, and sufficiently flexible to address that which is being studied. Marc Bloch found that history often received its vocabulary from its object of study and that this phenomenon must be critically evaluated as another form of historical evidence to be weighed.[45] He points to the term “Middle Ages” as a prime example of this: the term clearly implies a form of judgment on the period between the wisdom of the ancients and the return to learning in Renaissance. Metanarrative tools should also be used in the study of history, not as universally informing worldviews, but as tools for observing and understanding history. END_OF_DOCUMENT_TOKEN_TO_BE_REPLACED 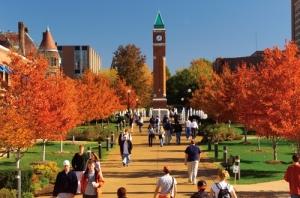 At this juncture, I must reiterate that the application of categories such as pre-Modern, Modern, Postmodern, and developmental are neither strictly chronological nor are they entirely encompassing. There are contemporary examples of historiographical perspective representing each of these viewpoints, just as there are works which embody different insights from each of these movements. While the “history of history” has broadly developed along the lines summarized above,[32] a sometimes more useful way to delineate perspectives on the use of history are the metanarrative perspectives outlined by Kenneth Parker. In “Re-Visioning the Past and Re-Sourcing the Future: The Unresolved Historiographical Struggle in Roman Catholic Scholarship and Authoritative Teaching,” Parker outlines four ways in which the history of Christianity has been understood, terming these views Successionism, Supercessionism, Developmentalism, and Appercessionism. END_OF_DOCUMENT_TOKEN_TO_BE_REPLACED

In the medieval period, conceptions of the changelessness of the Church solidified through the works of Bernard of Clairvaux, the Venerable Bede, Dante, and Otto of Freising.[6] Rome—which was generally not thought of as “fallen” until Edward Gibbon’s The History of the Decline and Fall of the Roman Empire—was increasingly identified as the seat of the elect of history. Such a view was radically challenged by the Protestant Reformers and their heirs, who increasingly advocated a narrative in which, far from being changeless, Roman Christianity had fallen into corruption and was in serious need of restoration to the pristine faith of the ancient Church. This perspective is especially evident in a work like Edward Johnson’s The Wonderworking Providence of Sion’s Savior in New England (1654), wherein the Church of New England was called to recapitulate the true and atemporal nature of ancient Christianity by encouraging a return to the separation of Church and State.[7] In the post-Reformation years, Catholics and Protestants alike proclaimed a form of Semper Eadem, best summarized in the words of fifth century Father Vincent of Lerins, that the truth of the Church is “what all men have at all times and everywhere believed must be regarded as true.”[8] END_OF_DOCUMENT_TOKEN_TO_BE_REPLACED