This post is part of our ongoing series on Romans, Predestination, and Freewill. 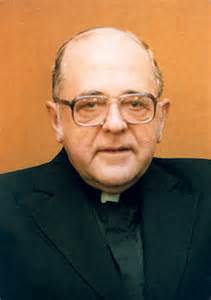 Having looked briefly at some of the overarching views of scholars on the purpose of Romans and the insights that can be gained from a contextual understanding of Paul’s message and the implications for scriptural interpretation, let us now consider some of the more popular modern commentaries on Romans. The Anchor Bible commentary emphasizes the context of the division of the strong and weak Christians in Rome, a disunity that seems to stem at least in part from a dichotomous relationship between Jewish and Greek Christians.[1] Here Fitzmyer writes that “[Romans] overwhelms the reader by the density and sublimity of the topic with which it deals, the gospel of the justification and salvation of Jew and Greek alike by grace through faith in Jesus Christ, revealing the uprightness and love of God the Father.”[2] All Christians, indeed all people, are for Paul sinners who will one day face judgment for their sins. Fitzmyer argues that Paul insists on the impartiality of God’s judgment for sin, though he does not address Paul’s construction of any theological anthropology at this point.[3] Given the sinfulness of humanity, the major theme of Romans involves a call to Christian ethical action: “Christians are Jewish and Gentile persons who are justified by grace through faith and who live in Christ Jesus; they are no longer ‘under law but under grace.’ Yet, though already justified and reconciled through the Christ-event, they are still in this world and have to prepare themselves for the day, when ‘God’s just judgment will be revealed.’ Hence, Paul exhorts the Roman Christians” to live an ethical and Godly life in the spirit.[4] Key to understanding Romans 7:1-6 is Paul’s emphasis that “the law’s obligation ceases when death occurs.”[5] Concerning the law in Romans 7:7-13, “Paul implies that the effect of the law is to give human beings knowledge of sin, not only of the abstract notion of sin, but of sin as a dynamic overlord that induces a spirit of rebellion against God and disobedience to his commandments.”[6] Then, in Romans 7:14-25, “[Paul] finds that the problem is not with the law, but with human beings themselves. The trouble is that they are carnal, made of flesh that is weak, and prone to succumb to attacks of sin, which dwells within them. Because of such indwelling sin, human begins fail to achieve what God desires of them. Yet not all in human beings is sin; there is also the mind (nous), which does recognize God’s law and does acknowledge what it desires of humans. But the ‘mind’ itself is not empowered to resist the seductions of sin. Eventually, Paul recognizes the wretched state of human beings and acknowledges that only ‘through Jesus Christ our Lord’ can this situation be remedies, through divine grace and the power of the Spirit.”[7] END_OF_DOCUMENT_TOKEN_TO_BE_REPLACED