Christians of all sorts partake of some form of communion. Known by different names—the Lord’s Supper, Eucharist, Holy Communion, Breaking of Bread, Mass—and taken at different frequencies—daily, weekly, monthly, quarterly—this practice involving bread and wine stands as a testament to both Christian unity as well as divisions. What do contemporary Christians believe about the Lord’s Supper? To begin answering this question, we must first look at the history of communion, beginning today with what the early Church said about the practice and meaning of the Lord’s Supper. END_OF_DOCUMENT_TOKEN_TO_BE_REPLACED

Perhaps the most widely known tradition concerning apostolic martyrdom is that of Peter who is said to have been crucified in Rome upside down during the reign of the Emperor Nero (typically dated around 64 CE). According to tradition, Peter felt unworthy to die in the same manner as the Lord Jesus, and thus was apparently crucified upside down on an x-shaped cross. END_OF_DOCUMENT_TOKEN_TO_BE_REPLACED 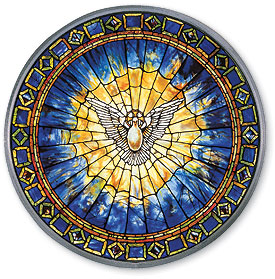 Historian J.W.C. Wand argues that the orthodox belief of the early church included the deity of the Holy Spirit, as it was essentially argued along with the deity of Christ in the Christological debates and was held as popular belief among Christians.[8] Yet as Rebecca Lyman argues that one cannot merely accept popular opinion as orthodoxy, for while popular belief in the church did play an important role in the defeat of Arianism, popular piety was a more divisive factor in later historical Christological debates, such as that between Cyril and Nestorius.[9] While one certainly cannot unwittingly conflate popular opinion as orthodoxy, the uniformity that existed between the orthodox Church Fathers and the general Christian population seems to indicate that worship and theology were intricately related in early Christianity, that belief and formalized doctrine were the same confession.[10] Often times the “differences” in doctrinal belief were simply a matter of use of “mutually confusing theological terms.”[11] Early Christians then used worship as the locus of their theological beliefs – how they worshiped is what they confessed. END_OF_DOCUMENT_TOKEN_TO_BE_REPLACED

Icon of the Holy Trinity (Rubilev)

The doctrine of the Trinity–espoused by the Cappadocian Fathers as “God is one object in Himself and three objects to Himself”–is commonly understood to be one of the more difficult concepts to grasp in Christian theology. Much of Early Church history revolved around debates concerning the Person of Jesus Christ and His relationship to the Father, and doctrine concerning the Holy Spirit was often not explicitly discussed. However by the time of the Cappadocian Fathers and Augustine, an explicit doctrine of the Trinity was emerging in Christendom (Kelly, 252). In her essay entitled “Why Three?” Sarah Coakley engages the Maurice Wiles’ perspective on the Trinity as espoused in his The Making of Christian Doctrine. END_OF_DOCUMENT_TOKEN_TO_BE_REPLACED

This post is the final in the series examining Marcion of Sinope and his influence of the formation of the New Testament canon. 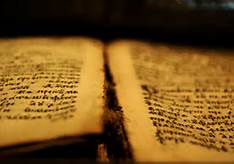 By way of closing both our section on modern perspectives on Marcion as well as this series as a whole, I offer the following conclusions. First, upon the review of the various schools of thought concerning Marcion’s impact on the development of Christian views on scripture, canon, and authority, we may conclude that the Canon Refinement School appears to make the best sense of textual evidence and offer the most satisfying overall explanation of Marcion’s theology. This school argues that Marcion’s canon, while the first closed specifically Christian canon, neither formed the Christian ideas of scripture, canon, and authority, as in the view of the Canon Formation School, nor did he influence a major redaction of scriptural literature, as in the view of the Canon and Literature Formation School. END_OF_DOCUMENT_TOKEN_TO_BE_REPLACED

This post is part of an ongoing series examining Marcion of Sinope and his influence of the formation of the New Testament canon. 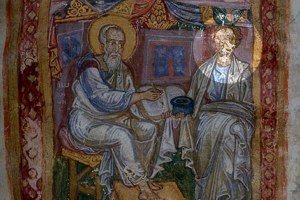 Having examined the particular perspectives of the Canon Refinement School, we now turn to several concerns stemming from these works. First, we must consider the arguments of this school of thought concerning the impact of Marcion’s views on the formation of Christian views on scripture, canon, and authority. Taking into account the evidence espoused by the textual critics, it seems that this view on Marcion makes the best overall sense of his impact on Christian views of scripture, canon, and authority. Marcion’s canon, while being the first closed canon composed of specifically Christian literature, by-and-large followed the general second century pattern among Christians of scriptural collection. Marcion’s canon was unique in that he rejected the Jewish scriptures and placed a great deal of emphasis on the writings of the Apostle Paul. These emphases forced the Great Church to overtly consider the wider implications of new scriptures and their authority in relation to the older writings, eventually leading to the formal canonization of the Christian New Testament. Thus Marcion’s impact on the development of Christian scriptures, canon, and authority may be best described as canon refinement. END_OF_DOCUMENT_TOKEN_TO_BE_REPLACED 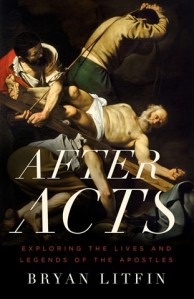 Many readers of the New Testament are both fascinated and perplexed by the book of Acts, the earliest “history of Christianity” put to papyrus. Acts begins to tell the story of the church, following the miracles, lives, and journeys of Peter, the Jerusalem Church, and the Apostle Paul. But Acts also ends abruptly—with Paul under house arrest in Rome—and often raises a number of questions about the early Church. Thus, readers find themselves wondering, “What really happened after Acts?” In answer to this question, Bryan Liftin has written After Acts: Exploring the Lives and Legends of the Apostles (Chicago: Moody Publishers, 2015), a book dedicated to introducing and exploring the traditions of the Apostles following the end of “church history” in the New Testament canon. END_OF_DOCUMENT_TOKEN_TO_BE_REPLACED

This post is part of an ongoing series examining Marcion of Sinope and his influence on the development of the New Testament canon. 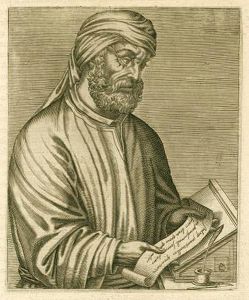 In comparison to all other extant ancient works, the writings of Tertullian of Carthage against Marcion remain the fullest and most precise rejection of Marcion’s theology. Tertullian composed as least six works against Marcion, including his Prescription against Heresies and Five Books against Marcion which are extant today.[37] In the Prescription against Heretics, Tertullian made a number of accusations concern Marcion’s use of scripture, canon, and authority, perhaps the most clear being that Marcion had induced a schism within Catholic church authority.[38] Writing somewhat generally, Tertullian wrote that Marcion introduced new material to the Christian faith,[39] formed a theology based on philosophical thought that moved beyond the teachings of Christ and the ‘rule of faith,’[40] twisted and distorted Christian scriptures,[41] and had moved Christian faith away from its Jewish and apostolic roots to a new theology.[42] END_OF_DOCUMENT_TOKEN_TO_BE_REPLACED

It’s Holy Week for Christians, the week we remember the last days, Passion, Death, and (ultimately) the Resurrection of Jesus of Nazareth. The vast majority of all Christian knowledge about the death and resurrection of Jesus comes from the four canonical gospel accounts, each of which records in some detail the events leading up to Jesus’ crucifixion and death. And since that historic Friday almost 2,000 years ago, a great deal has been written (and drawn, painted, scripted, and produced) about the passion of the Christ. And despite what some scholars and news outlets claim this time of year, most scholars conclude that its safe to say that we know a good deal about the events surrounding the death (and resurrection) of Jesus. END_OF_DOCUMENT_TOKEN_TO_BE_REPLACED 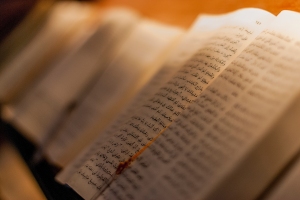 Most of us take for granted the twenty-seven books that make up the New Testament, but this was not always the case. It was not uncommon in the ancient world for there to be different books included in Christian collections of writings. Such works as the Letters of Clement, Epistle of Barnabas, and Shepherd of Hermas are included in such noteworthy and important manuscripts as Codex Sinaiticus and Codex Alexandrinus. For many years the Eastern and Western Churches debated both the inclusion of Hebrews and Revelation. As recently as the 16th century and the Protestant Reformation, there were serious doubts about the works to be included in the New Testament. Of these, Martin Luther’s objections to Hebrews, James, Jude, and the Apocalypse of John (Revelation) were so severe that he placed them in an addendum to his German New Testament. Some contemporary Christian Churches in the ancient parts of the world (mostly the Middle East) still have New Testament canons that differ from the standard twenty-seven book canon of the “Orthodox” (Eastern Orthodox, Roman Catholic, and Protestant). Obviously several factors had to influence why certain writings were included in the New Testament. But what were they? END_OF_DOCUMENT_TOKEN_TO_BE_REPLACED