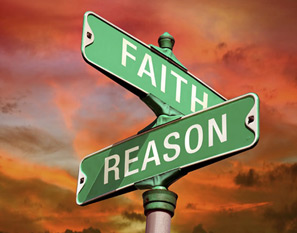 The dialogue between faith and reason has long held a place of prominence in the Christian tradition. Sometimes this relationship has been understood positively—construed in the words of Anselm of Canterbury as “faith seeking understanding”—and other times it has been construed negatively—perhaps best represented by Tertullian of Carthage when he asked, “What has Athens to do with Jerusalem?”[1] However one views the relationship between faith (or theology) and reason (or philosophy), coming to terms with how these “spheres of knowing” interact with one another remains an important part of not only what it means to be a Christian, but also what it means to be a human. Thinking carefully and critically about both theology and philosophy is an important posture for finding answers to life’s great questions. Here, I want to briefly comment on this relationship between theology and philosophy for one of the earliest followers of Jesus, the Apostle Paul. END_OF_DOCUMENT_TOKEN_TO_BE_REPLACED 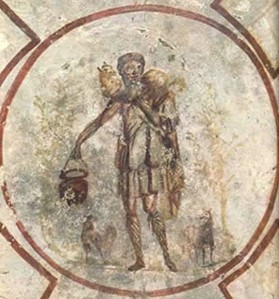 The academic study of the ancient world remains a field full of exciting realms of consideration. This remains especially true for historians of the early Jesus Movement and Christian Church, where numerous fields of study are in need of critical exploration, including conceptions of the human body and sexuality within early Christianity. As a means to further study of this period, in recent decades scholars have turned to consideration of the ways in which the body and human sexuality were conceived by early Christians. In this article, I employ the works of Bernadette Brooten, Peter Brown, and Dale Martin to offer insights into areas of critical needs in this field. As these and numerous other scholars have pointed out, the need for clear, critical, and contextualized definitions and an approach devoid of assumed chronological superiority are necessary considerations for future study of the body and sexuality in the ancient world. Here I argue that key to critically thinking about conceptions of body and sexuality in early Christianity are answering questions concerning the role the historical-critical method and the place of ethics in such a study. END_OF_DOCUMENT_TOKEN_TO_BE_REPLACED 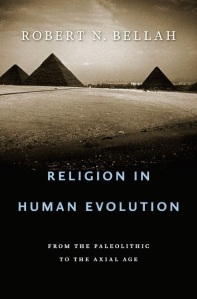 Robert Bellah’s Religion in Human Evolution stands as magnum opus of breathtaking proportions. Developed from the Merlin Donald’s work on cultural evolution, Karl Jasper’s insights on the axial age, and drawing upon a range of historical, anthropological, and biological sources, Bellah traces the evolution of religion within human culture from its origins in primordial play to the theoretical turns of the Axial Age. Central to this argument is that nothing is left behind during the evolution from episodic to theoretical culture through the mimetic and mythic. As a result of this massive study, Bellah argues that the evolution of human religion, which culminated in theoretical religious discourse in axial cultures and refigured preceding mimetic and mythic culture, continues to influence human religion and culture today. Bellah’s latest monograph stands as in-depth treatment of the evolution of human culture that is a must read for those involved in the study of the history and sociology of religions. END_OF_DOCUMENT_TOKEN_TO_BE_REPLACED

You occasionally hear it from the talking heads or on the History Channel. Maybe you notice an article about it on your newsfeed. Or catch the random title while browsing Amazon or Barnes and Nobles. Pagan Christianity: What you do on Sundays is really from Ancient Egypt, Imperial Rome, or Royal Greece and certainly is not real Christian worship.

Maybe you listen for a few seconds, start to read that article, or read the back cover of that book. “Most of what present day Christians do in church each Sunday is rooted, not in the New Testament, but in pagan culture and rituals developed long after the death of the apostles.” [1] “How Mistakes and Changes Shaped the Bible We Read Today.” [2] Is walking down the aisle really derived from the Roman Imperial procession? Are Christian priests just pagan priests in disguise? Is there really any truth to these claims? END_OF_DOCUMENT_TOKEN_TO_BE_REPLACED 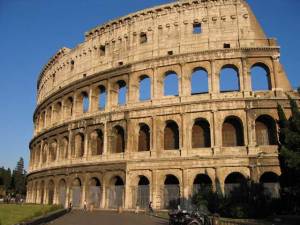 One of the biggest challenges for those studying the Bible involves reading and interpreting the scriptures in a manner consistent with their original context. Modern readers are distanced from the earliest written messages of the Christian tradition not only by time and space, but also by key cultural differences. In their book Understanding the Social World of the New Testament, Dietmar Neufeld and Rochard E. DeMaris compile a number of sources from scholars concerned with discovering the cultural understanding and context of the social world from which the writings of the New Testament came.[1] In this post, we outline some of the most important differences between ancient Mediterranean culture and the modern North American life, as well as some examples of how this cultural understanding can contribute to the interpretation of the New Testament. END_OF_DOCUMENT_TOKEN_TO_BE_REPLACED