These reflections originally appeared as part of a Round Table discussion at Conciliar Post. 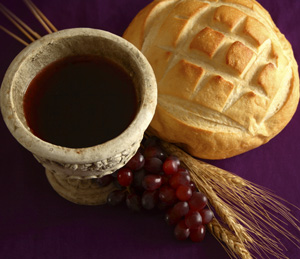 What is communion and how does it impact my faith? For me, Communion is the sacramental participation in the body and blood of our Lord Jesus, a visible and real “joining together” with our Lord that, among other things, is a foreshadowing of our eventual union with Him in the new Heaven and new Earth. I think a good explication of this are the three English terms that are often used to describe this Christian meal: Communion, the Lord’s Supper, and the Eucharist. END_OF_DOCUMENT_TOKEN_TO_BE_REPLACED

This post is part of an ongoing series examining Marcion of Sinope and his influence on the development of the New Testament canon.

In some ways Marcion was a rather popular figure among Christians during the mid to late second century, as numerous writers and apologists made reference to his beliefs and churches. These treatments of Marcion, however, were far from positive in their understandings of his theological system. We are fortunate to have extant several major writings of the Early Church Fathers concerning Marcion. Of these, Irenaeus of Lyon’s Against Heresies appears to have been the earliest written, sometime around 180 CE.[12] This was followed later by Tertullian of Carthage’s anti-Marcionite writings, of which at least six books are extant.[13] Also available to us are the writings of Hippolytus of Rome[14] and several references by Eusebius of Casarea to works of Marcion and his followers, as well as several references to works against Marcion that are no longer extant.[15]  As is often the case concerning sources in antiquity, it remains unfortunate that the writings of one of Marcion’s direct contemporaries, Justin Martyr (d. 165),[16] have not survived the perils of time although numerous ancient authors reference his work.[17] END_OF_DOCUMENT_TOKEN_TO_BE_REPLACED