While the influence of Pauline writings on early Christianity remains widely recognized, few studies investigate the particulars of Paul’s theological and exegetical influence on ante-Nicene Christianity. Beginning this immense task of studying the specific reception histories of Pauline pericopes is Jennifer Strawbridge’s The Pauline Effect, winner of the 2014 SBL-De Gruyter Prize for Biblical Studies and Reception History. This volume examines how Paul and his letters—particularly the texts of 1 Corinthians 2.6-16, Ephesians 6.10-17, 1 Corinthians 15.50-58, and Colossians 1.15-20—shaped early Christian theology and practice. Among the contributions of this volume is the argument that early Christian use of Paul reveals definitive development of Christian formation as “progress from one level of wisdom to another” (4).

Employing a database of 27,051 references to Pauline writings in pre-Nicene sources, Strawbridge notes in her introduction that four Pauline texts often stood at the center of a web of references rhetorically employed to make theological arguments. After outlining her general argument, she delves into a discussion of reception history’s temporal and genetic limitations, highlighting the need for a comprehensive survey of biblical references as a foundation for engaging receptions of scripture in early Christianity. In this view, not only should the frequency of references be considered, but the manner in which one weighs citations also proves important.

After opening with a contextualization of the writing under investigation, each chapter examines the way in which writers such as Origen, Clement of Alexandria, Irenaeus, and Tertullian received Pauline writings and utilized them as formative for their theological arguments. In chapter two, Strawbridge considers 1 Corinthians 2.6-16’s utilization in writings concerned with rhetorical discourse, the exegesis of difficult texts, and possible connections between wisdom and Christian formation. She argues that early Christians exploited the tension between the hidden and revealed in 1 Corinthians 2 to exegete difficult scriptural passages and create rhetorical distance between the truth and their opponents.

Chapter three examines early Christian references to Ephesians 6.10-17 and accentuates how Christians built an anthropology around the idea that certain points of spiritual life were particularly vulnerable to attack. Ephesians’ conceptions of spiritual wickedness, the “darts of the devil”, and images of wrestling and armor formed an especially fruitful source for early Christian reflections on the progress of faith and wisdom. For not only did Christian growth mean encounter with greater and more demanding attacks, but faith development also enabled the assistance and formation of those who were more vulnerable. 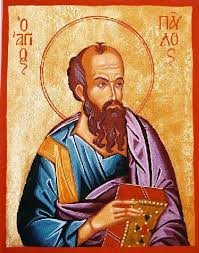 The connections between theology and exegesis in 1 Corinthians 15.50-58 were a potent source for early Christians, especially when it came to understanding the concepts of self and the resurrection. Moving chronologically from the Valentinians to Origen, this chapter focuses on how readers of Paul understood 1 Corinthians 15 to inform the theological dimensions of interpretation. Eminently important were concerns with proper ethics and boundary formation, as this passage helped distinguish what the church was and “what it was allowed to become” (127). In light of early Christian use of this passage, Strawbridge argues that early Christian apologetics against heresy arose to counter both “deviants” like Marcion as well as address exegetical problems and interpretive ambiguity.

Chapter five treats the Christological imagery from Colossians 1.15-20 put to use by early Christians in discussions regarding the relationship between Father and Son and the pre-existence of the Son. This section examines early Christian receptions of the Christological titles of Colossians, as well as this passage’s coordination with John 1 and Philippians 2. Also noteworthy is Strawbridge’s contention that Colossians 1.15-20 should not be considered a hymn, as this use is not reflected in its early Christian use. She also briefly delves into the plasticity of this passage, which allowed Arius to talk about Christ as the “first-born of all creation” and his opponents to talk about the pre-existence of the Son.

In her final chapter, Strawbridge reiterates the findings from each of the previous chapters, all of which support her contention that the four Pauline passages examined were consistently used by early Christians to support theological interpretations and give support to exegetical arguments. The intertwining of theology and interpretation in these passages highlights early Christian concerns with the nature of wisdom, the importance of standing firm in faith, the theological importance of the resurrection, and Christ’s nature. Although rightly noting the diverse interpretations of these texts, Strawbridge further draws together a common trajectory of Christian formation as progress from one level (of faith, knowledge, or wisdom) to another.

Of central importance to this entire project are the extensive appendices included postscript. An introduction explains Strawbridge’s database for the collection and enumeration of Pauline citations, as well as her methodology for the classifying schema of “reference,” “possible reference,” and “reference not found.” Then follow four appendices containing early Christian citations of the four pericopes. Each list includes lists the scriptural reference, the early Christian writer, the work the citation appears in, and the reference status (whether Strawbridge concurs with her database sources concerning the viability of the reference).

Overall, Strawbridge writes with clarity and literary-historical precision, drawing on a plethora of early Christian sources to trace the reception of Pauline literature. While the appendices are of paramount important for collecting, collating, and updating citation tables, Strawbridge’s greatest contribution involves the sustained and theologically-attuned examination of early Christian uses of Paul. Although Strawbridge helpfully contributes to on-going discussions concerning what constitutes as reference to scripture in an ancient text by underscoring the issue of how a text is employed, greater methodological exactitude may have been beneficial. That is, further conversation of what constitutes a “reference” or “possible reference” over against a non-reference would have been clarifying and, it seems, greatly assisted by her emphasis on the way in which a source finds use in a reception of Paul. Such methodological concerns aside, this volume comes highly recommend for those interested in reception history, the history of interpretation, and the formation of Christian authority.

Jennifer R. Strawbridge. The Pauline Effect: The Use of the Pauline Epistles by Early Christian Writers. Studies of the Bible and Its Reception 5. Berlin/Boston: De Gruyter, 2015. 309+viii pp.

I received this book from De Gruyter in exchange for an honest review. All opinions expressed are those of the reviewer alone.