This post is part of an ongoing series reflecting on Orthodox-Catholic online dialogue, originally delivered at the “That They May Be One” Conference. 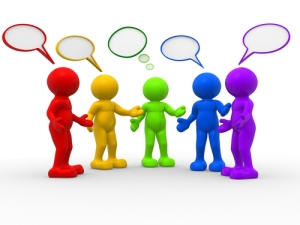 First, there is Orthodox-Catholic cooperation, especially cooperation against common theological opponents. Depending on the topic, these opponents can range from secular perspectives to Protestants or from those who disregard church history to those denigrating the liturgy. When discussing such topics, Orthodox and Roman Catholic writers “go to bat” for their fellow writers, offering Catholic or Orthodox arguments in defense of each other’s positions.

For example, in a Round Table discussion about the Eucharist, Nuntius (Roman Catholic) and Gus (Orthodox) offered general affirmations of each other’s respective positions as opposed to those “traditions that celebrate Communion without belief in the Real Presence or the belief in Apostolic Tradition.” Here, these writers did not focus on the differences between the Catholic and Orthodox understandings of the Eucharist, but rather emphasized how both viewpoints remain preferable to untenable Protestant positions. As another example, in a Round Table on Warfare, Roman Catholics Cursae and Discipulus and Orthodox Gus and Peter not only generally agreed upon the parameters of a cautioned approach to Just Warfare, but also cooperatively pushed back against a Protestant voice which was (in their view) without a sufficiently nuanced view of how affirmative of warfare Christians ought to be. A final example of Orthodox-Catholic cooperation comes in the case of Cursae’s reflections on the need for Christian environmental stewardship from a Catholic perspective and Orthodox Peter’s agreement with her position, especially on the need for Christians of all denominations to speak out on environmental issues. In each of these examples, Orthodox and Catholic voices cooperated with one another in opposition to antithetical viewpoints. 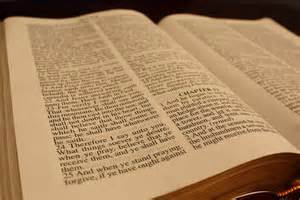 Now, cooperation is not necessarily a bad way to approach dialogue. In these instances, Orthodox and Catholic writers come to some understanding of each other’s positions simply through basic interaction with each other, often experiencing moments of, “Oh, you believe that? Me too.” The great drawbacks to this type of interaction surround the “accidental” nature of these encounters and the “apologetic” form in which dialogue occurs. That is, cooperation almost never intends to promote Orthodox-Catholic dialogue (to say nothing of unity) and the results of these interactions are almost always surface level, typically ending after the salient points have been made against those Protestant dogs, I mean, common opponents. Thus, while cooperative dialogue moves Orthodox-Catholic relations in the right direction, more fruitful approaches are possible.

One thought on “Blogging Ecumenically: Cooperation”